Gender - What is Mica’s gender?

Role - What is Mica’s role in your story?

face Looks
Identifying Marks - What identifying marks does Mica have?

Race - What is Mica’s race?

Hair Style - How does Mica style their hair?

Braided in the back with hair cut short on the sides, almost resembling more of a messy bob.

Height - How tall is Mica?

Weight - How much does Mica weigh?

Minor psychosis from magic pollution, as well as some physical weakness and drowsiness caused by her weight.

Despite being raised in a very social, tight-knit, and small community in the woods, she's very introverted, and tends to stray off from the group frequently. She's very smart, loyal, witty, creative, and sarcastic, but most people never get to see that much of her. Due to the urban legends of the world around her, she's internalized this belief that people outside her social circle only want to hurt her, and despite knowing it's irrational, now struggles to fully trust anyone at all. She finds herself having episodes where even being in a group is too much, reality bends between dimensions and even though she can reasonably figure out what's real and what isn't, the fear response is all the same.

Gentle, smooth, and slightly masculine, but prone to cracking

Hobbies - What hobbies does Mica have?

Going for late-night walks, reading, writing, calligraphy and ink art, often plays around with other creative hobbies such as embroidery and papermaking, but rarely more than once, and tends to store her odd creations in her makeshift scrapbook back at home.

Talents - What talents does Mica have?

Surprisingly good at acting, making it very easily for her to manipulate others, if she wanted. She thinks outside the box, easily gets a hold on new patterns or skills, and has a few other things she picked up from being a town gatherer.

Prejudices - What prejudices does Mica have?

Everyone outside of her religious social circle.

Flaws - What flaws does Mica have?

To put it in a list for my own convenience:

Motivations - What motivates Mica most?

She wants to recover. To feel strong again, to be brave, powerful, regain her sense of belonging that she felt when she was young. She hopes maybe facing her defining fears will help her, but as one of the victims of current magic pollution, she seems to only be deteriorating.

Mannerisms - What mannerisms does Mica have?

Sometimes shuffles instead of walks, flicks at random objects while listening to people talk, and subconsciously drifts away when she isn't focused. Also tends to shake and fidget during episodes.

groups Social
Job - What job does Mica have?

Usually assists in the sap trades, both in gathering and delivering, as well as joining in on various hunting groups, but doesn't really have any formal job or salary, she simply does her part.

Religion - What religion does Mica practice?

Religion unnamed so far, but the main deity has a character page Nikora

Raised in a remote hunter-gatherer type of town, she's been productive ever since she was a child. She was always very loved by the community around her, praised for her obedience and how well she fit in. They never said she'd mean any less to them if she didn't obey, but she never wished to test it. As she got older, the praise seemed to stop from everyone but her father, though the pressure increased. She was expected to feed and clothe the elders, comfort and watch the children, and make sure never to fall for the traps of the world, as they don't matter. What matters is her community, her god, the people she speaks to, and the people she avoids. If you don't feel fear and hatred towards the outside, how can you be fully loyal to what's inside, right?

In today's age, the cult-like rules have mainly died off, the community is much more open through trades with nearby cities, and the separation between them and the outside is no longer something taught to their youth. But for those who grew up believing, such as herself, the damage was already done.

Birthday - When is Mica’s birthday? 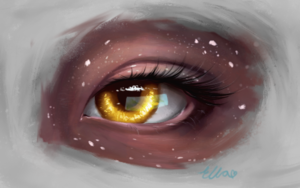 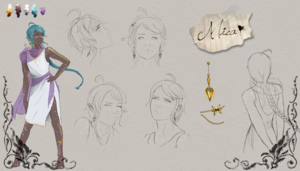 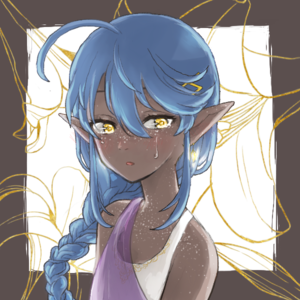 Disclaimer: Her mental health issues mentioned are modeled after the delusions I personally experienced a few years back, which, while I know for a fact were serious, I never got a full diagnosis for them (which, she won't either. it won't be stated that she has any of these symptoms, they'll just show over time), so it might not perfectly reflect what minor psychosis actually feels like. This does not, however, mean that I'm not open to criticism, in fact, I'd really appreciate it if you could give me any pointers as i don't want to misrepresent anything or spread any harmful stereotypes-