Tags
Age - How old is Chiara?

Gender - What is Chiara’s gender?

Other names - What other aliases does Chiara go by?

Role - What is Chiara’s role in your story?

Race - What is Chiara’s race?

Green along the top, but bright orange at the bottom.

Hair Style - How does Chiara style their hair?

Height - How tall is Chiara?

Weight - How much does Chiara weigh?

Has a history of anxiety, but managed to overcome it over the span of a decade.

Quite the confident character, but not to the extent of being vain. She uses her optimism and self-esteem to hype up those around her, though this can sometimes lead to trouble, as she struggles to realize where the line between positivity and ignorance lies. She's bold, dramatic, risk-prone, a huge party person, and known for excessive use of sarcasm. A natural leader, but a terrible one, often jumping into situations she's not prepared for, easily losing her patience with those who don't keep up her pace, and complaining when things go wrong. She can also be pretty flirtatious, but easily becomes flustered despite her overconfidence if you so much as smile back at her.

Hobbies - What hobbies does Chiara have?

Talents - What talents does Chiara have?

Very advanced at said sword arts, and has a natural skill for stage performance. Her emotional intelligence is her most noticeable, however, as she always seems to know when something's up, no matter how well you try to hide it away, and she's always there to help whether you need it or not.

Flaws - What flaws does Chiara have?

Motivations - What motivates Chiara most?

She mainly just wants to make a brighter impact on the world, to be respected, and to better the lives around her, so she can prove- not only to others, but to herself- that she's worthy of love and admiration.

Mannerisms - What mannerisms does Chiara have?

Tends to flutter her hands around like a music director when bored, picks at scars or dead skin absentmindedly, talks louder than most, and winks a lot, sometimes without purpose.

groups Social
Job - What job does Chiara have?

Entertainer, and also spear fishing because dance can only get you so far in her city.

Apples! You can cook them, chop them, candy them, eat them raw, it's all the same to her. She also enjoys pasta, fish, and red wine, if we're talking proper meals.

Currently living with her parents and two brothers in a stone cottage, placed just along the city's outskirts.

Background - What is Chiara’s background?

She spent a good portion of her life dealing with anxiety, ignoring the world around her to simply curl up in a ball and be terrified of just how unpredictable life can be, and how easily it could crush her. However, after her grandfather passed away, she started to see more of the value in each moment, and decided instead of worrying about things out of her control, she'd rather work to make better the things she can. She's still not perfect, and sometimes it probably would be better if she stopped only thinking in the moment, but her mental health is no longer suffering, at least.

Education - What is Chiara’s level of education?

High school graduate, pursuing a degree in performing arts as well as magic history, and is currently on school break.

Pets - What pets does Chiara have?

Just the family cat. it's not actually a cat but I haven't made a page or design for the creature yet, so I'm using cat as a fill-in. 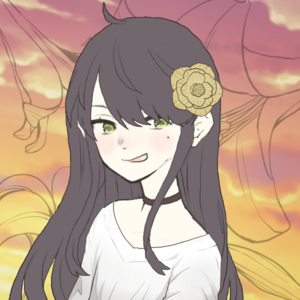 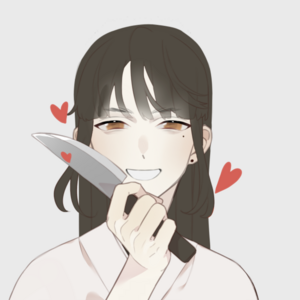 She needs a bit of work still but in my head, she's one of my favorites :D