Gender - What is Lyra’s gender?

Role - What is Lyra’s role in your story?

Race - What is Lyra’s race?

Hair Style - How does Lyra style their hair?

Height - How tall is Lyra?

Weight - How much does Lyra weigh?

She's a bit of a mother figure, kind, organized, soft, protective, always willing to put her life on the line for those she cares about, and not afraid to break someone's bones if she sees necessary. She often puts too much pressure on herself trying to be the perfect good influence, not wanting other people to make her same mistakes, and blaming herself when it's not enough. She can be pretty old-timey, a little prejudiced, but she tries to keep an open mind and be understanding, to an extent.

Usually has a mature and often calming sound, but distorts and changes if she doesn't focus entirely on generating a voice.

Hobbies - What hobbies does Lyra have?

Used to really enjoy reading and zentangling, but doesn't really have the capability for hobbies at this point in time.

Talents - What talents does Lyra have?

She's a skilled fighter, quick thinker, and has good listening skills. Her more physical talents such as sculpture and sewing were lost, as she's, well, dead.

Prejudices - What prejudices does Lyra have?

Flaws - What flaws does Lyra have?

Motivations - What motivates Lyra most?

She just wants to figure out what's wrong so she can fix it and get back to the afterlife before she starts to forget her loved ones.

Mannerisms - What mannerisms does Lyra have?

Hard to tell what counts as a mannerism and what's necessary for communication as she usually only appears in pieces, but sometimes she'll appear physically without any specific purpose, seemingly just to see if she can. She's very expressive with hand gestures to make up for the times you can't see her face, and tries to speak clearly as she can to make up for any distortion.

groups Social
Job - What job does Lyra have?

A little star necklace, it's unknown where it came from but she seems really protective of it.

Not really any specific color, but she loves the way galaxies swirl together, and considers that her favorite.

Religion - What religion does Lyra practice?

Not fully sure why or how, but she spent most of her later childhood in a poor area ravaged by an unknown war. Her parents were both soldiers, so she was forced to stay home and care for her much younger sister, Vega. She cooked for her, played with her, stitched her clothing back together, treated her cuts and scrapes, and had little to no time for herself. Eventually though, she couldn't afford to keep it up, and became a soldier shortly after her sister hit 15. By this point, there aren't a lot of people left because the whole tragedy's been covered up, so she and a group of a few others are practically all that's left. they devise a plan to put an end to this and save the few remaining citizens, and although it's successful, Lyra doesn't get to watch it play out. She succumbed to her injuries at 31, terrified, wanting nothing more than to see her sister one last time-

She was so troubled, in fact, that she was unable to pass on fully, and ended up stuck as a ghost, doomed to walk the earth until whatever caused her distress is resolved. She misses the actual takedown, tries to find her allies only to discover some of the others didn't make it either, but they passed on. She then goes home and has to watch as her family is informed of her passing.
From there she watches Vega's life play out, as she learns to become less dependent, makes new friends, and moves to a larger city where she became not only an admired chef, but a wife and mother, before passing of age at 63. Both sisters are then able to make it to the afterlife, where they live happily ever after.

Or so they thought.
Over a century later, Lyra re-awakes, something that had troubled her has come back, and now she can't return to rest until it's over. None of the other soldiers returned, she can't seem to find any other ghosts at all, she has no friends, no magic, not even a physical appearance, her only option is to try and make contact with anyone willing to help, hopefully before the amnesia starts.

Education - What is Lyra’s level of education?

Birthday - When is Lyra’s birthday? 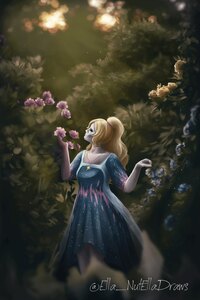 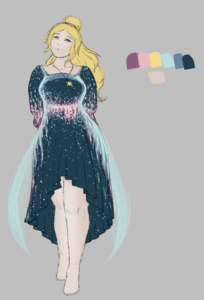 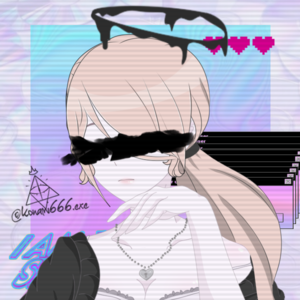 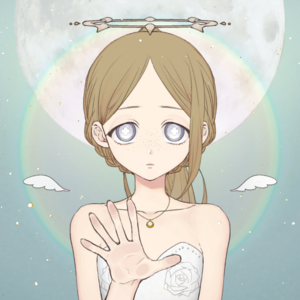 I'm still trying to figure out what exactly she was fighting against in the past, how she fought it, what it is that came back, or even how. The details are very fuzzy, but I'm trying my best to fill them in. If you have any suggestions at all, that would be very appreciated <3