Well, remaking this again. Hopefully the third time’s the charm. And hopefully the new year gives me some luck.

This is based loosely off of this song-
The King Welcomes You to Avatar Country- Avatar
(Looking up the lyrics might help to better understand it, but nonetheless)
(Also, this rp is not based on the story of the song, it just references it)

Read Below Please. I frequently update it

Plot
There exists a prophecy of great evil that will come, and only a warrior, a chosen of the gods, can stop it.

An ancient evil approaches the Kingdom of Ethrin, but the monarch doesn’t know how to stop it. Lo and behold, a foreigner enters the kingdom, drawn by an urge they can’t describe. This foreigner bears a birthmark that signifies them as the chosen warrior, though whether they even know how to lift a sword is a different question.

Notes
• This may be really goofy or really serious, I don’t care.
• Considering how the previous two versions of this rp went, it will likely descend into chaos.
• This has magic, fantasy creatures (dragons, goblins, vampires, etc.), and medieval technology. In other words, High Fantasy.

Setting
Ethrin is a fairly large kingdom of forests and grasslands with two major rivers, the northern Barzin River and the southern Zavrin River.

Easternmost City: Mezern, a city built around and within a massive tree, home to many mystics.

Westernmost City: Folthaen, home to the largest plantations in Ethrin

Southernmost City: Vared’nē, a sprawling city of tents and markets, one of the largest markets in Ethrin.

Northwest Village: Vordine, a quiet village that is best known for its painters and musicians.

Southeast Village: Krii’dēn, a market village, best known for its weavers, source of the tapestries in the King’s castles.

North Central Village: Aiker, a village against the Barzin River, known for its abundant clay and the pottery that comes from it.

Beyond the borders of Ethrin-

Far north is the Alyiin Mountain Range, a dark and frozen place, often home to creatures of evil.

Far east is the massive Zaim’nzu Jungle, a strange place of magic and enigmatic riddlers.

Far west is Boriv Coast, a peaceful place of farms and fishermen, next to the Borovine Sea.

Far south is Mai’djēn Desert, home to a culture of circuses, belly dancers, and vibrant colors.

Deities-
Adon’mūar: God of Shadows, Tricksters, and Souls, often depicted as an emaciated, 8’ tall creature of shadow with eerie solid white eyes, dressed in dark robes with the iconic jester’s hat and holding a scythe. He is the guide of souls, is a riddler, and is harsh but reasonable. His symbol is a scythe with a jester’s hat on top of it.

Seida’faen: Goddess of Sunlight and Magic. Typically depicted as an angelic woman with blue eyes, gold feathery wings, a gold halo, and a white gown. She often carries a scepter. She is kind and gentle, but can be fierce and stubborn. Her symbol is a gold halo with wings.

Halūn’zūvar: Triple Deity of Time and Creation.
Their symbol is a black gemstone in the shape of an eye.
God of Time- Depicted as an old man with a cane and a small sundial. However, he acts like a man less than half his apparent age, and is actually quite fast. He is quiet and observant, usually unaffiliated with mortals.
Goddess of Reality- A female centaur carrying a dagger that can create logic/understanding where it is stabbed and a spear that destroys all sense of reality/logic where it is thrown. She is all-knowing but understands nothing. She exists outside the realms of logic.
Deity of Maelstrom- A strange being that constantly shifts in appearance. It controls law and chaos, creation and destruction, life and death. Or so it says.

Rules
• Andrew’s rules
• Must have good grammer/spelling
• No one-liners. A paragraph or two is preferred, at the least.
• There will be cursing. Graphic violence and death are very possible.
• Romance is optional. Anything explicit goes to PMs, just let the rest of us know if that happens. (I write m/w pairs, but mostly not explicit. Ask in case)
• Let me know how active you are (the more active, the better)
• Let me know if you have any triggers
• This will contain some mature themed stuff, such as sexual innuendos.
• Ask before you join
• I reserve the right to say no
• Ideas are welcomed
• If you want to play multiple characters, just ask.

(Just got to ask, do you have any triggers? And about how active are you? [once a day, no weekends, 24/7. These are just examples to clarify the question])

(No for the triggers. and pretty active, maybe not 24/7, but pretty close.)

(Alright, grin. What character role do you want?)

(The sorcerer if you will.)

(Sure, just use the template and make your character)

(Can I be evil one's second in command)

(Is it to late to switch to the evil one? I feel like my character would thrive in that role.)

Aliases/Nicknames, if any: Lotus, smol bean, and Ratu 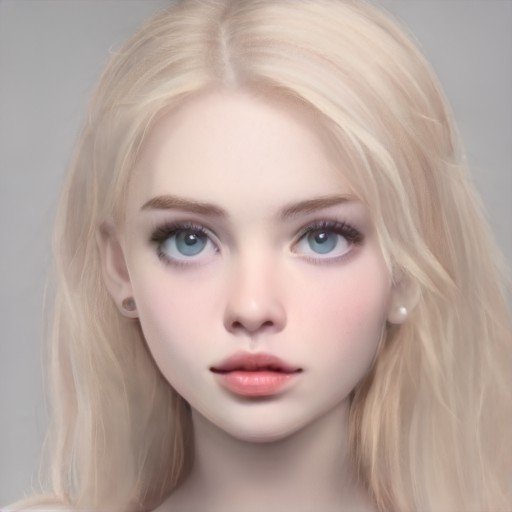 Backstory: Originally from Zaim’nzu, but moved to Vared’nē because of the crowd. Has ignored the fact that children are supposed to have adult supervision, and has lived alone sense she was five.

Notable Powers/Skills: Can speak into the mind of those who are not trained to block it, (almost everyone) in any voice, and can mildly alter her appearance.

Other: likes to slit her victim's throat, then make shallow cuts on their back and fill them with ink, thus making pictures.

(Ooh, evil chuckle, I love her. So, obviously, the Evil One?)

(yes. I will add pictures in a moment.)

(Thumbs-up. Cool. And I’ll add her to the first post)

(asking so I know how to play her, does she have to be the stereotype villain that sits in their lair)
( and plots all day, or can I have her go under cover with the hero and slowly drive them)
(mentally insane as she kills her victims?)

(Hmm… interesting idea. Ooh, and a little twist on it, just for the hell of it, what if On’nyosh finds out she’s a bad guy [not necessarily the villain] but nobody believes him?)
(Honestly, it’s up to you though, since you’re playing the villain. I have absolutely no idea how this’ll go, so yeah, lmao!)

(I'm loving your idea… Pondering off in the corner… How about, after he finds out, she takes him and shows him what it is she does and how to do it. Just to mess with him.)

(He’d be a bit creeped out by the ink, but he’ll probably try to talk his way into working with her, though only because he’s an opportunist and prefers having the ability to influence decisions during a conflict. Can you say ‘agent of chaos’? Lmao!)
(By the way, I love the pic)

(Wonder full. this will be grand.)
(Thank you, Artbreeder is amazing.)

It is ok :) I am not currently the best writer but I am trying my best and working to improve. Thank you for considering me.

It is ok :) I am not currently the best writer but I am trying my best and working to improve. Thank you for considering me.

It’s alright. The fact that you’re trying says a lot, and as they say ‘Practice makes perfect’. And you’re welcome.

(This is still open)

(Hey!! I'd love to join this one! And to be clear, there's a lot of rp's that i've dropped, only because I didn't love how they were going. I can guarantee I'd be pretty active on this. Also, how many characters am I allowed to have?)