A lance and shield built into one convenient package, made from Boromandur parts

Item Type - What type of item is Monteverde?

redeem Looks
Materials - What is Monteverde made out of?

Weight - How much does Monteverde weigh?

Enchanted to be recallable to and from The Hoard. 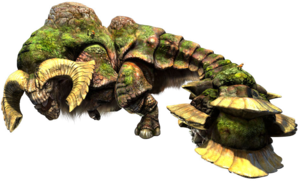 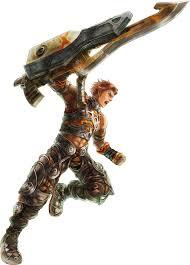 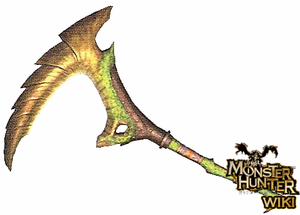 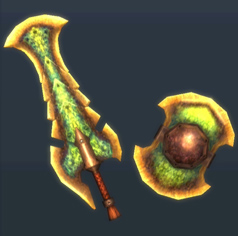 When drawn, the blade will extend and the shield will unfold, creating a powerful defensive weapon. The shield itself is slightly curved to deflect blows, and the moss is soft and cushy. It's unique to the Boromandur in the fact that it only grows on them, and it absorbs water to keep it hydrated. While it can be cut, the moss grows quickly and is completely fireproof. In desperate times, the moss is very nutritious and moist. The only issue is that dirt gets stuck in between your teeth.

Boromandur horn is extremely tough and heavy, so rather try to get it to a fine edge, Yama capitalized on its weight. The edges were sharpened slightly on the slack of a belt sander, creating a convex edge that is more likely to smash a head rather than chop it off.

Steel and other ferrous metals have a tendency to rust, and because of the water present in the moss, there needed to be a metal for the hinges that would last. By smelting steel with some chromium and nickel (it took a few tries to get the composition right), he made stainless steel, which keeps the hinges and other mechanics squeaky clean.

Because a Boromandur has two horns, rather than waste all of that extra material, Yama made a second one for dual-wielding purposes. Of course, because they come as a set, only he can wield them with any proficiency. It's become a sort of trademark, making weapons for his hoard that only he can use.

As a part of the set, both Drivers have the ability to lock together, creating Aegis Mode. It's very unwieldy, so what Yama likes to do is lock them together and jam them into the dirt to provide cover. When actually attacking, he likes to lift with both arms and swing it like a rock.

Monteverde is included in the following collections 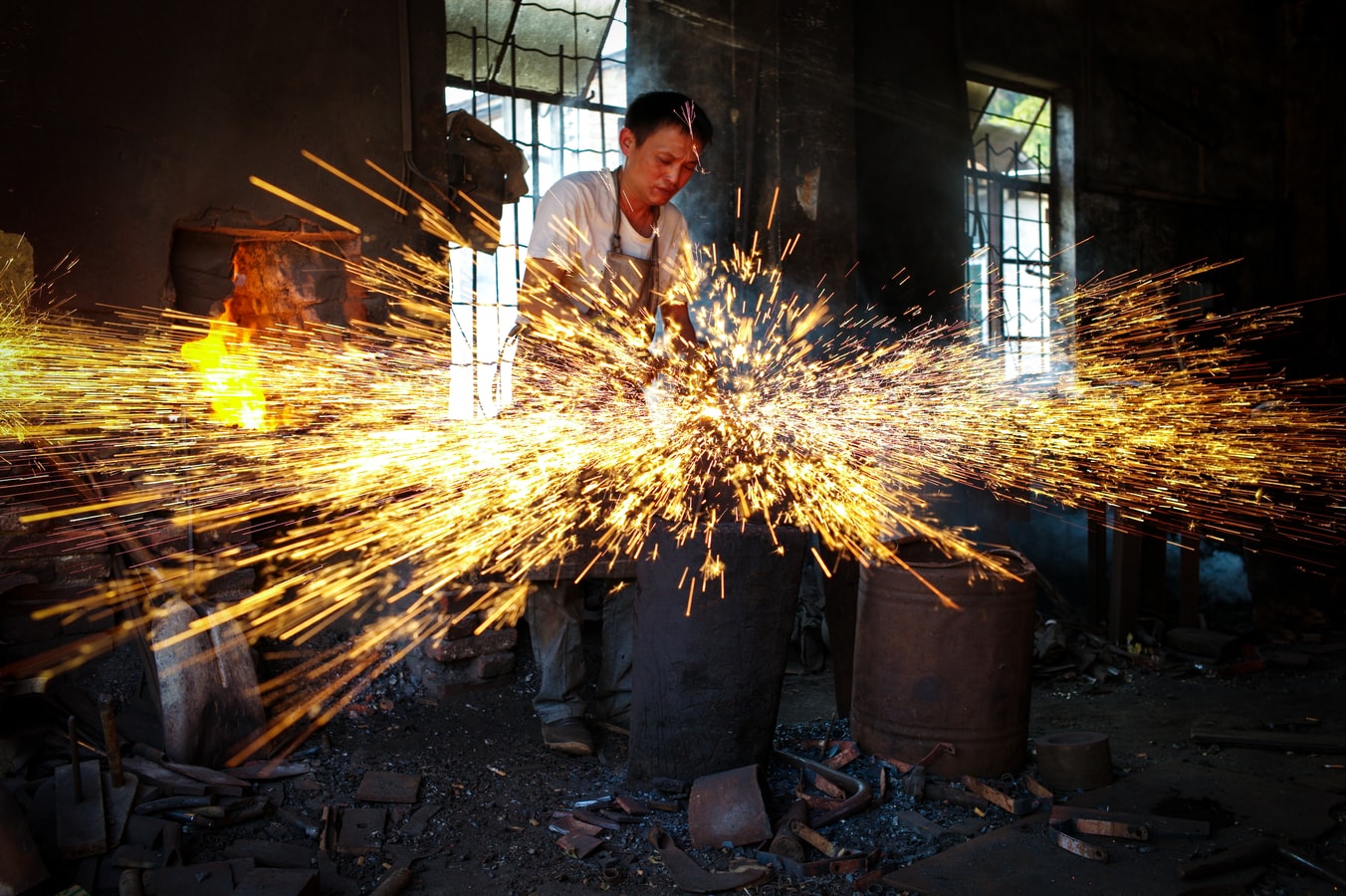 This item was created by @Yamatsu on Notebook.ai.

This item is being shared on Notebook.ai by @Yamatsu.