Role - What is Adelaide Price’s role in your story?

“People say I killed my husband that night. I didn’t, I swear on my life. But... seeing my baby... our baby, dead... if he hadn’t blown his brains out, I would’ve done it for him.”

Gender - What is Adelaide Price’s gender?

Bi-curious, but has only dated men

Age - How old is Adelaide Price?

Weight - How much does Adelaide Price weigh?

Height - How tall is Adelaide Price?

Hair Style - How does Adelaide Price style their hair?

Side part to the left, left naturally wavy, down past her chest

Facial Hair - What facial hair does Adelaide Price have?

Adelaide has a small button nose, thin lips, barely defined jawline, and freckles across her nose

Race - What is Adelaide Price’s race?

Her skin is sort of sepia toned with warm undertones

Addy is svelte and slim; she has a good figure from years of exercise, with narrow shoulders and slender but muscular legs and arms

Identifying Marks - What identifying marks does Adelaide Price have?

The left eye is slightly higher than the other, which she is very insecure about. She wears reading glasses

Adelaide is incredibly kind and sincere, however she is also very insecure, and not very strong-willed. She is very chatty out of a desire to feel liked and welcome, which stems from her trauma born from her abusive marriage. Deep down, she is a genuinely good person, and cares about the wellbeing of others, though she is false towards the majority of them out of her need to be liked. This causes tension in her personality, as she changes herself frequently.

She hopes for the best in everybody, and even searches for a drop of kindness in the mind of Ruth McCann, despite her reputation and the fact that she led her husband to suicide. In prison, she is broken down, much weaker and somewhat depressed. Many of her friends stopped contact with her, resulting in her attempting to befriend anyone, including Ruth, as a way to get people to like her again. She cares a lot about her reputation, and is miserable when it is shattered by the media. She clings on to her past life in her mind, trying to rebuild her image in prison instead of moving on and accepting what's become of her

Mannerisms - What mannerisms does Adelaide Price have?

Motivations - What motivates Adelaide Price most?

Adelaide is motivated by her family. Up until their deaths, everything she did was for them, and she is destroyed without them, falsely (she claims) imprisoned for their brutal murders. She now just wants to live a good life, and find some peace or respite at Eastbrick. She searches for a friend in Ruth McCann, though she hasn't really found one (but don't tell her that!!)

Flaws - What flaws does Adelaide Price have?

She is extremely nervous and paranoid, distraught after witnessing the suicide of her husband of eight years. She is also two-faced and capricious, pretending to be different people in front of certain crowds to get them to like her, which stems from her insecurity, rendering her untrustworthy and insincere. She is only like this, however, because she wants to be liked, and isn't necessarily a bad person because of it

Prejudices - What prejudices does Adelaide Price have?

Unconsciously prejudiced against those of a lower class than her as she does not understand how they don't have the same status as her, and considers them lazy

Talents - What talents does Adelaide Price have?

Talented violinist, botanist, and poet. She will definitely beat you in chess, and is masterful at memorising lines, e.g. from novels or plays

Hobbies - What hobbies does Adelaide Price have?

She likes to write poetry, grow plants, practice yoga, and take care of animals. She adores reading and watching plays

She is traumatised by the end of her relationship with Douglas Franklin, including witnessing his suicide. Possibly suffers from PTSD (undiagnosed)

Adelaide is a very fast runner, and is very flexible. She has a very good memory for words, and is exceptionally talented at getting people to like her

Politics - What politics does Adelaide Price have?

Conservative, but does not understand the extent of suffering experienced by the classes below her

Occupation - What is Adelaide Price’s occupation?

Sapphire blue, because it makes her feel calm and at peace

Scampi, because it reminds her of the beach, which she loves

Her wedding ring, despite the bad memories

Ginger tabby cats, especially ones with green eyes. She isn't sure why; they're just... cute

Job - What job does Adelaide Price have?

Sydney, Australia, whilst her parents were on holiday

Education - What is Adelaide Price’s level of education?

Adelaide is highly intelligent, especially regarding the arts. Her favourite subject was always literature, which she went on to teach, because she loved the different worlds it created. She was privately educated, and graduated with honours as the top of her class.

Background - What is Adelaide Price’s background?

Adelaide was born to the wealthy Beverly and Louis Price whilst on holiday in Sydney. They flew back early, naming her 'Adelaide' to reference her birthplace (vaguely) and raised her in the suburbs Brooklyn, New York, where she has spent almost her entire life. She went to a private school, studying literature and classics, and graduated as head girl.

Shortly after the death of her father, she met Douglas Franklin at a shady nightclub in central NYC. They immediately hit it off, and were married in the next two weeks. Together, they adopted a dog called Bert, moved in to a large condo, and had two beautiful children; Maggie and Charlie.

Shortly after the time of Charlie's birth, however, Douglas' bodyguard and best friend Casper Brown (who was also close to Adelaide) was killed by Ruth McCann. This was the final straw for Douglas' already declining mental health, and he became reclusive and paranoid, often abusing Adelaide and using her as an outlet for his anger.

When Pip Harper stole an abundance of money, however, Douglas was left bankrupt, and EITHER:


Adelaide claims for it to be the former, and to have witnessed his suicide, however the police were quickly alerted to the house and found her with the gun in her hands. With no money to afford a lawyer, she was sentenced to life in prison at Eastbrick Maximum Security Penitentiary, where she spent two-and-a-half years alone before being assigned Ruth McCann as a cellmate. Lucky girl(!)

Pets - What pets does Adelaide Price have? 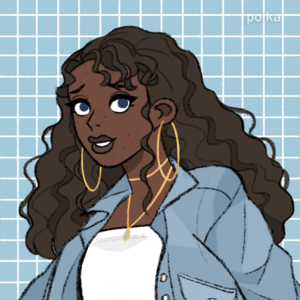 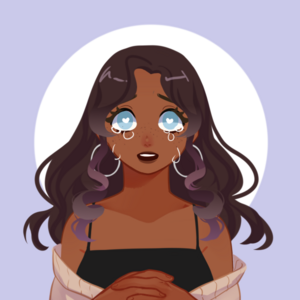 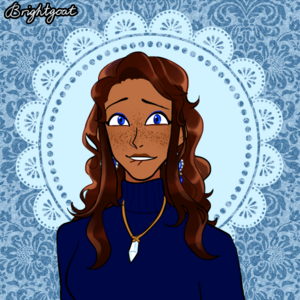 This character was created by hayley :) on Notebook.ai.

See more from hayley :)
Create your own universe

This character is being shared on Notebook.ai by hayley :).