Other names - What other aliases does Infano Lurnir go by?

He doesn't go by any other names, buuuuuut his boyfriend does have alot of nicknames for him like lovely, sweetheart, ect.

Edit: I've finally come up with two nicknames for him- either Nir or Lurn

Hes homosexual and demi-romantic, and obviously his pronouns are he/him

His hair is really, really long, and he usually ties it off with a large hairtie

His eyes are black, and his irises are bright white

He's really tall, and kind of, kind of thicc- his face is also kindof rounded. he only has four fingers, not because he lost them or anything, but that's just because that's how many fingers his mom and dad had. Its normal for a demon/alien (although demon/aliens are anything but normal-)

Also he has b i g hands-

A few scars on his upper arms and knees, and a scar on his right cheek. And his skin gets darker the closer it gets to his hands and feet.

He's basically a gentle giant, maybe he can be sarcastic at times but most the time he's really sweet and kind.

Unless you make him mad, but- most the time he tries to defuse the situation as soon as possible

What motivates him is getting back to his home planet, and seeing his sister again. He really misses her, little does he know she's looking for him too

How easily he gets upset, and that he really doesn't want to hurt anyone but sometimes it still happens

Basically none, he's a very accepting person. Unless you're a bad person, then he just hates you.

He's a really fast runner. And, he's good at styling hair. Obviously he would have to be since he has so much hair. The shape of his ears means that he also has great hearing.

Doing his boyfriends hair in different styles, doing his own hair, writing, and stargazing

He's really sweet, but can be provoked kind of easily. But mostly he's just a sweetheart-

ADHD, IED (Although his outbursts are few and far between), and migraines

His favorite color is emerald green

Since he's pretty new to human food, he thinks it's all good, but his favorite are hashbrowns-

His hairtie, it was made specifically to hold his pretty long and thick hair in. And his sister gave it to him, so obviously he loves it

When he does have to use a weapon, he uses his long claw-like nails

He's new to animals from earth as well, but his favorite would have to be a weiner dog- he finds them to be adorable and hilarious

He's been homeschooled his whole life by his sister, but honestly he's pretty smart

The year is 2065 and by now, humans have moved in along with the aliens on mars. But, when the humans went to mars, a demon snuck onto the spaceship because y'know, he didn't want to die. He was able to disguise himself as one of the aliens when he got onto mars so no suspicions were raised. And then, years later, he met this beautiful alien woman named Katalorn Lurnir. They fell smitten in love and eventually did the hoo-hees and the ha-has together. But, what the demon didn't know, and what Katalorn didn't want to tell him, was that she already had three kids. So obviously when the demon found out he was pissed, and left Katalorn, never coming back. Soon after, Katalorn found out she was pregnant. But she couldn't get the baby aborted because, well, her family didn't want her to since they loved having new children in the family to play with. 9 months later, on November 14th, she gave birth to Infano. As soon as she could walk she abandoned Infano in the room she gave birth to him in, since she instantly despised him. He looked too much like his father, a reminder of the man that left her heartbroken. Since she didn't want to raise him, his big sister did. She was 6 at the time, but already knew how to take care of herself and her brothers. Due to an...iiincident when he was 17, he was shipped off to Moonstone Labs. 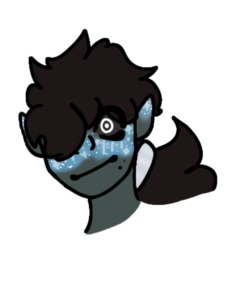 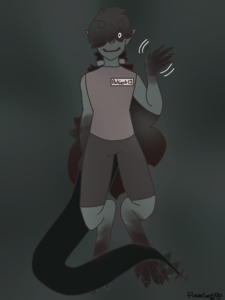 Don't come for me shshsjhs

Also he and his boyfriends relationship was the classic enemies to lovers, and you cannot make me change it >:)

The incident I was talking about happened on his home planet, mars. Basically he was just minding his own business when a bunch of dumb idiots provoked him and, stupidly, triggered one of his outbursts. So ah, he attacked the people and then got taken away because he was too much of a threat, according to, literally almost everyone. So he got shipped off to Moonstone Labs to 1, contain him, and 2, to test on him

So alot of people are in the wrong here

This character was created by TheWriterBirb on Notebook.ai.

See more from TheWriterBirb
Create your own universe

This character is being shared on Notebook.ai by TheWriterBirb .