Role - What is Blaze Antilles’s role in your story?

Meaning 'fire', Blaze is a name of Latin origin, a form of the saint's name Blaise.

At the Jedi Temple, Blaze would often be nicknamed Spark by her master (Karolt Kairn) and Riyah's master (Venaroh vel Ibis).

Gender - What is Blaze Antilles’s gender?

Age - How old is Blaze Antilles?

16 at the start of the story

Blaze technically hails from the planet Corellia, but has lived in the Jedi Temple all her life, so considers that her home, far more than she does her birthplace.

She's a Jedi, so deeply connected with the Force (compared to ordinary citizens). Her reflexes are fast, averagely so for a Jedi, meaning she's especially proficient at blocking and dodging, as well as an expert in lightsaber combat. Blaze is also well-practised in force-wallrunning and has a very high pain tolerance.

Has average strength in the Force for a Jedi, not somebody who's incredibly strong with it - just your standard level of force-sensitivity within the Order.

Blaze has long, straight hair that reaches slightly past her shoulders. She can fight just as easily with it loose but sometimes wears it in a high ponytail.

Facial Hair - What facial hair does Blaze Antilles have?

Dark brown. Unless you look closely, they look pretty much completely black.

Eyes: quite narrow, naturally mischievous and happy expression, and creases around the far edges from laughter. Her irises are dark brown and blend seamlessly into her pupils. She also has long, dark eyelashes.

Eyebrows: dark and fairly thick, mostly in the middle as they taper off towards her nose

Kind of a warm ivory tone

Shorter than average but not noticeably so. Well-muscled arms and legs from years of Jedi training - she's stronger than she appears.

Identifying Marks - What identifying marks does Blaze Antilles have?

A splat-shaped birthmark on her collarbone. Hardly any freckles.

Prefers comfy, practical clothes she can run and fight in, but hates feeling restricted because she's very active and energetic, so usually likes skirts with leggings underneath, light jackets, and clothes with plenty of pockets.

chat Voice
sentiment_very_satisfied Personality and Nature
Mannerisms - What mannerisms does Blaze Antilles have?

Happy:
- Grins without noticing
- Bounces on the balls of her feet
- Laughs a lot
- Very chatty and involved with the conversation

Sad:
- Turns away from whoever else is in the room
- Focuses very intently on the horizon
- Scuffs her shoes gently on the floor
- Touches her index fingers together

Angry:
- Balls her hands into fists
- Taps her foot on the floor impatiently
- Her cheeks turn red (unusually for her)
- Forehead creases
- Eyes narrow

Neutral:
- Hands fiddle with her lightsaber
- Pings the straps on her leg
- Moves slightly to a nonexistent beat
- Nods a lot when people are talking

Motivations - What motivates Blaze Antilles most?

Blaze is motivated by her protectiveness over Riyah, and feels a need to watch out for people who can't watch out for themselves (like Riyah). She pretty much has a blatant disregard for the Jedi Code; forming an emotional bond and seeing herself as Riyah's older sister.
Less profound is her competitive streak: Blaze likes to win, and has a lot of 'I killed more clankers than you, master' moments.
She considers herself a failure if she lets her friends down or loses a battle, and beats herself up pretty badly about it. She regrets what she did or didn't do if she makes a mistake, lashing out at people around her.

Flaws - What flaws does Blaze Antilles have?

Blaze can be very impetuous and 'acts first, thinks second'. She's also impatient - if she's uninterested, she tends to give up without a second thought. She can overestimate her own abilities, and believe she can do things that she can't, stubbornly refusing to let go of an idea once it's in her head.
Blaze can be quick to anger, and if she loses a battle or makes a mistake she knows she could have avoided, she can get angry and make rash decisions, leading to more mistakes. Her protectiveness for Riyah is also a flaw as it regularly leads her into fights against those who tease her friend.

Prejudices - What prejudices does Blaze Antilles have?

After the tragedy of Order 66, Blaze - unknowing of the reason the clones turned on the Jedi or who was behind it - vows to take revenge for her master on the first clone she sees.

Talents - What talents does Blaze Antilles have?

Blaze is a Jedi, so has a connection to the force - though not a particularly strong one, unlike Riyah. However, Blaze is an incredible warrior and a formidable swordswoman. Her reflexes are fast, even for a Jedi, meaning she's especially proficient at blocking and dodging, as well as an expert in lightsaber combat. Blaze is also well-practised in force-wallrunning and has a very high pain tolerance, allowing her to survive torture and injury.

Hobbies - What hobbies does Blaze Antilles have?

Though she doesn't exactly have much time for hobbies, what with first training at the Jedi Temple and then spending life on the run, Blaze likes to spend time doing physical activities, testing her limits and capabilities. Examples include climbing the high skyscrapers on Coruscant; battling droids salvaged from scrap; running on top of trains just because she feels like it; and other seriously risky activities.

No conditions (unless you count having a high midichlorian count and being able to wield the Force).

MBTI - ESTP-A/Entrepreneur
Blaze fits into the ESTP personality type pretty well. Traits of Entrepeneurs include directness, boldness, lust for adventure, and sociability. Blaze is very direct and likes to challenge herself, as well as being socially well-connected and able to strike up a conversation with pretty much anybody. However, she shares a lot of ESTP flaws as well, being prone to accidents, impatience, defiance and missing the bigger picture. She has a tendency to feel boxed in by authority and is often led into trouble by her rebellious streak.
As an Assertive ESTP, Blaze is no different to many in that she is confident in herself and goes through life with little hesitation. Challenges increase her motivation, but she often makes compulsive mistakes.
Hogwarts House - Gryffindor
Again, Blaze is a good fit in this category, embodying most Gryffindor traits. Most obviously, Gryffindors are known for being brave, and bravery is one of Blaze's most defining qualities. She's also fiercely loyal to Riyah, daring, and adventurous. Negative qualities that fit Blaze in Gryffindor include her stubbornness, black-and-white thinking, hot temper, and recklessness.
Divergent Faction - Dauntless
An excellent fit in this faction, Blaze is a bit of a Dauntless stereotype in that she often rushes into stupid daredevil stunts and challenges, always ready for a fight. However, Blaze shows her bravery in other ways too, such as her loyalty to her friends and willingness to defend them till the end. Courage is probably Blaze's most prominent trait - making Dauntless the faction she would no doubt pick on Choosing Day.
Alignment - Chaotic Good
Blaze was one of the easiest characters to fit into the alignment chart. Chaotic Goods follow their own conscience with little regard for rules or authority, while still pursuing goodness and fighting for what's right. Chaotic Good characters often focus very strongly on individual rights and freedoms, and will strongly resist any form of oppression of themselves or anyone else. In other words, Blaze does whatever is necessary to bring about change for the better.

Technically, Jedi is a religion, right?
So, Jedi.

Politics - What politics does Blaze Antilles have?

During the Clone Wars, Blaze has a very black-and-white view of things. She believes that the Jedi and the clone army are the good guys, and all the Separatists are evil. She can be quite short-sighted in that she sees no grey or middle ground.
After the clone wars, when Order 66 has been executed and the clone army has turned against the Jedi, and the Republic has fallen, Blaze develops an angry, prejudiced attitude towards the clones. Although this is somewhat justified, as they did try to kill her and Riyah, and succeeded in killing many of her Jedi friends, Blaze cannot see (what Riyah can) that it is not the clones' fault, and forgets the countless occasions on which they have laughed with her and had her back.

Occupation - What is Blaze Antilles’s occupation?

Before Order 66, Blaze was training as a Padawan at the Jedi Temple on Coruscant. However, Darth Sidious and the Empire's takeover forced her and Riyah into a life on the run.

Her favourite colours are blue because it reminds her of her lightsaber, which for her symbolises her greatest ability: her strength in battle; grey and white because they remind her of her snowy homeworld.

Her lightsaber (see below), as well as her Padawan bead braid, though she doesn't wear it. She keeps it in her coat, because she knew it would be safer there.

Her blue lightsaber (see Blaze's Lightsaber), which she constructed herself when she was a youngling.

Wampas, the vicious creatures found (among other places) on Hoth.

Blaze was taken to the Jedi Temple when she was three years old. She was then given an ordinary Jedi education with the intention of someday becoming a Jedi Knight.

When Blaze was almost thirteen, she was chosen to be the Padawan of Jedi Knight Karolt Kairn, a blue-skinned Twi-lek who shared Blaze's love of adventure. However, a year into her time as a padawan, the Clone Wars began, and more conventional training was shunned in favour of being flown to distant planets to aid the war effort.

Two years later, Order 66 was issued. Blaze was separated from Karolt, and believing him dead, escaped their ship in an escape pod. Unable to complete her training, she still lacks vital skills and is not a fully qualified Jedi when we meet her at the start of the novel.

Background - What is Blaze Antilles’s background?

***'Do you remember your old home? I do. Kind of.
Taken to the Temple at age 3, Blaze has few memories of her birth home, save for cold blue lights in the ceiling, bare metal walls with little decoration, and a vague feeling that it wasn't a very happy place for a child.
Blaze reminded Karolt of what he had been like in his youth: impetuous, impulsive, occasionally rash. 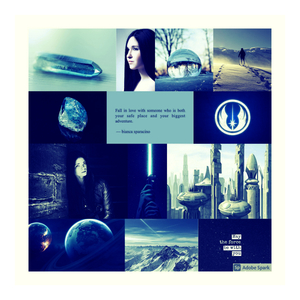 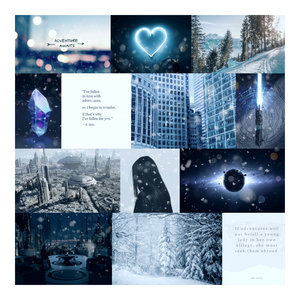 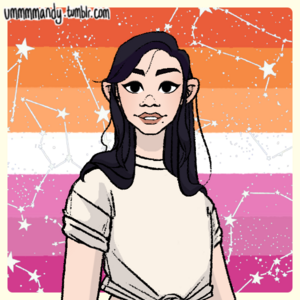 This character was created by Katie on Notebook.ai.

See more from Katie
Create your own universe

This character is being shared on Notebook.ai by Katie.