anyone have any idea what Ilvermorny would be like? I mean, there's the four houses and it was based off of Hogwartz, but location? classes? is there a redneck dark lord? do they pronounce spells differently? what do you think?

is there a redneck dark lord?

Now look at what you've done 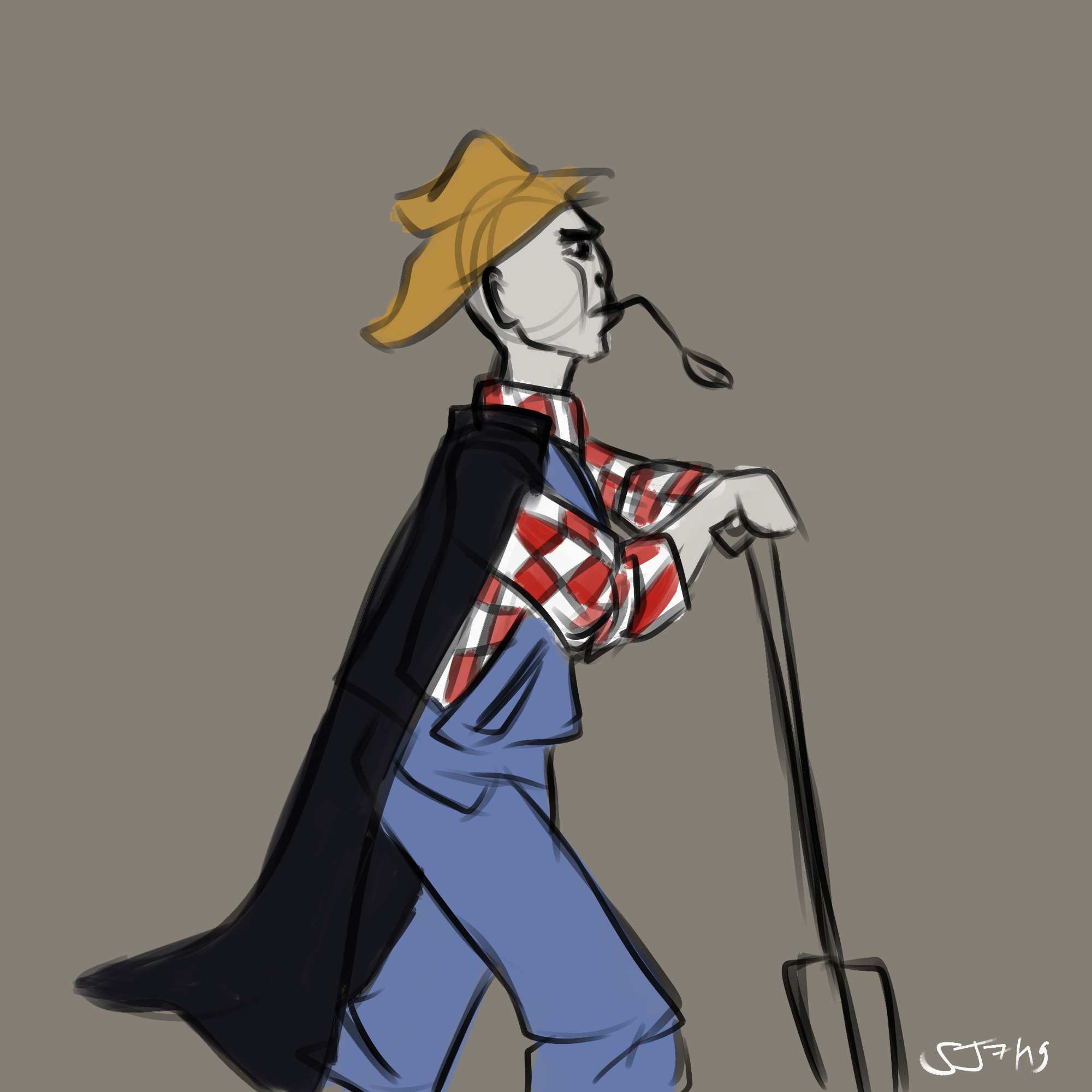 I have no idea. XD Seems like there would need to be more than one school for all of the US, though - it's not only a HUGE country, but y'all have so many people.

(Australia is also HUGE but we have a smaller population than England, so I could see how we'd just have the one school. I feel like I read something somewhere about an Australian wizarding school but have not been able to re-find it so I came up with my own headcanon.)

I think Ilvermorny would be somewhere up north, at least north enough for it to snow. Snow seems pretty magical, and cool weather fits with the long hats and robes.

Ilvermorny is canonically in Massachusetts.
Although yeah, I feel like they should have more than one US school unless this school is massive.
https://www.pottermore.com/writing-by-jk-rowling/ilvermorny
This is most of the canon info about it, but I feel like it's almost all history and none of that fun stuff like what classes they take and all that.
(But also you can't convince me the American Dark Lord isn't a redneck. I'm from Georgia and I have to live around those kinds of people lol)

"I say, I say, Harry! If'n ye don't gimme back my Horcrux, Imma have te kill yer friends right here, I tell you what!"

I never thought of a second school! maybe it could be in San Francisco or Area 51 or something.
And obviously the Dark Lord of the U S of A would talk like that!
Speaking of redneck Voldy, what would his name be?

Volder-Mart, leader of the largest big-box store chain in America! The Death Eaters are just the soulless employees that walk around or occasionally serve you food. Don't eat it, though, or you'll be stuck there forever and secretly indoctrinated into the Death Eater army! The actual food at the counter's pretty good, though.

I have come across the greatest thing.

I'm glad I invented this, but I'm gladder that you guys made it so good

Illvamory is in West Massachusetts one of the most boring places in the world. There is no way the students don't fly to the nearest town hop on the orange line and head into Boston almost every weekend. There's nothing like
Also, there is no wat there's is only one school in all of North America. I like to believe that there's public wizarding schools that are just as bad as public mortal school and that illvamory is like a private school because Mass is full of them.

Oof i just did a little more research (because of im bored) and they are deep into mass. The middle of like nowhere. It would take them a little longer to get to new york than to get to Boston and that's driving. I guess there could be like a little wizard town next door but it would be funny if it's just like a college campus on top of a random mountain.

so Ilvermorny has it's own Hogsmead?

Also… all in favor of me writing a history of a second Hogwarts in Nevada say I within 24 Hrs. If I get more than 4 I'll do it

Absolutely, go for it!!

Yeah, there's pretty much nothing but mountains and trees out there. No wonder no one goes there, they'd rather be where the people are.

Wonder if they have any wizard musicians out there? They could play with the Pops!

Volder-Mart, leader of the largest big-box store chain in America! The Death Eaters are just the soulless employees that walk around or occasionally serve you food. Don't eat it, though, or you'll be stuck there forever and secretly indoctrinated into the Death Eater army! The actual food at the counter's pretty good, though.

Anyone got a name idea for Ilvermorny II?

Okay, after some extensive research, I've concluded:
Durmstrang is Dutch for

Beauxbatons is French for:

Hogwarts is English for

…….I hate this chat for being such a frequent and weird source of inspiration 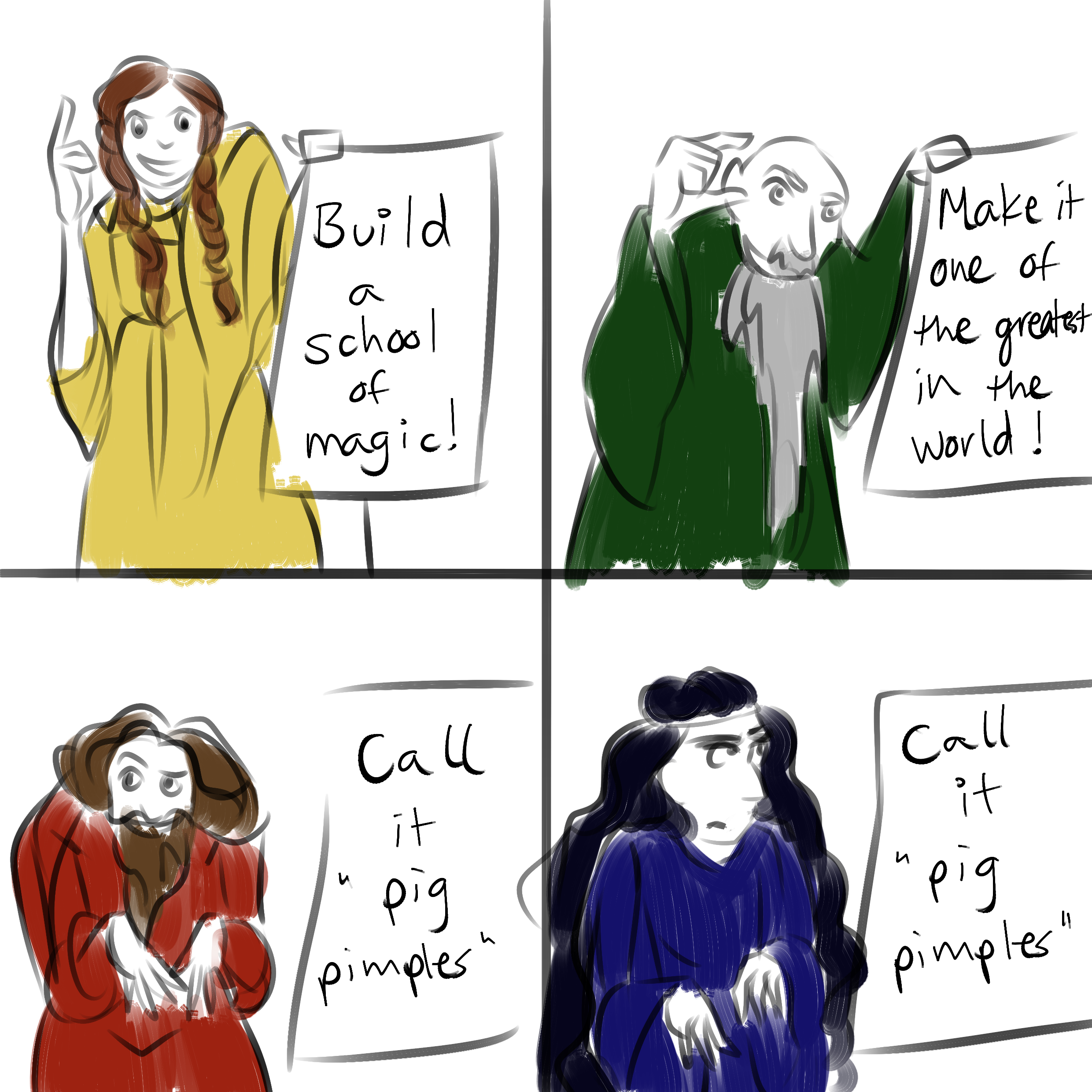