This rp is related to the tv series Supernatural. Feel free to create or even use a character that you have. The rp can take place during any season, in the past, or even the future. Swearing is allowed. You may even resurect a character that has been killed off. Try to keep spoilers to a minimum.

DEAN: [Driving the impala down the road.] Man, I LOVE this song! [Turns the radio up, and turns it down when the song ends. Looks over at Sam.] "Wakey wakey, Sammy-boy!"

SAM: [Wakes up and yawns.] "Must you blare the radio?"

NOTE 1: I like portraying Sam and Dean. I do use some oc's that I have created as well. Also, if I'm not on I ask that you pause with doing the rp, as I tend to want the rps that I'm involved with to at least have and follow some sort of a story-line. Please provide info on your oc(s) or an explanation as to why you've revived a character that has been killed off.

NOTE 2: This one we can just have fun with and get creative! I will, however, provide an opener for the RP. :-)

NOTE 3: The rp(s) will be turn-based; no exceptions unless told otherwise!

NOTE 4: My rps tend to be long running, so buckle up for a long ride!

NOTE 5: This is a reboot of the one currently being done in Another Supernatural RP!

Sam, Dean, and others are stuck in a hotel somewhere in California. The hotel is seemingly haunted, and has been the location of many a disappearance. If they try to leave they just walk back into the hotel through another door somewhere in the building. The only way that they can leave is to discover what’s really going on at the hotel, and put a stop to it for good. ((And of course this one comes with it’s own theme song: The Eagles ‘Hotel California.'))

A. One of the best shows and fandoms to be part of! I highly recommend watching it (season one on DVD if possible).

D. I'm up for talking about Supernatural so that you know more about it.

Please illuminate. I know I've heard of it, and I know it shares a lot of its cast with Psych, because they were filmed at the same time in the same city…

What else do you know?

Uhhh… the title? And that it apparently has something to do with supernatural stuff? XD
grimace-smiles

Brothers Sam (the youngest and tallest) and Winchester (yes, like the rifle) were raised as hunters of supernatural beings by their father, John, after their mother, Mary was mysteriously killed on Sam's 6 month birthday.

Ah.
I also know Sage Brocklebank is in it.
He's a bean. Or, at least, Buzz McNab is. From Psych.
So anyway, possible characters I could be? Or maybe I could just make one up, and you could be one of the characters from Supernatural. IDK, you choose XD

I say make one up. I have an oc that I love using, and as stated, like to take the roles of Dean and Sam.

(I had to look Sage up because I was like 'who did he play as'. He had minor roles on the show, so that's why I didn't know who you were talking about. Jared Padalecki stars as Sam and Jensen Ackles stars as Dean.)

Hang on and I'll get a character info template up.

Height/Weight: (I personally don't care about these when it comes to rps.)

Species: (Human or whatever)

Occupation: (Hunter or whatever)

Other: (Also optional on filling.)

(I'd add personality, but I think it's better to have that develop as we go. You can add it if you want though!)

(I shall fill that out later - I'm super busy rn, hope that's okay)

(Hello, I'm back. I keep forgetting to fill this out XD.)

Sexuality: Straight, but if the right girl comes around…

Hair Color/Style: Black and straight, cut to her shoulders. She dyes gold streaks in it, which she then keeps braided.

Species: She looks like a human, except for her eyes. (She'll probably be something else IDK)

Clothing and Accessories: She prefers to wear black jumpsuits and gold heels, but the occasional pair of combat boots will do. She loathes hats. Wears a black braided leather bracelet on her right wrist.

Backstory: I'll fill this out as we go. (AKA I'm not sure yet)

Hair Color/Style:Dark brown/short sides with layered top and side swept to the left 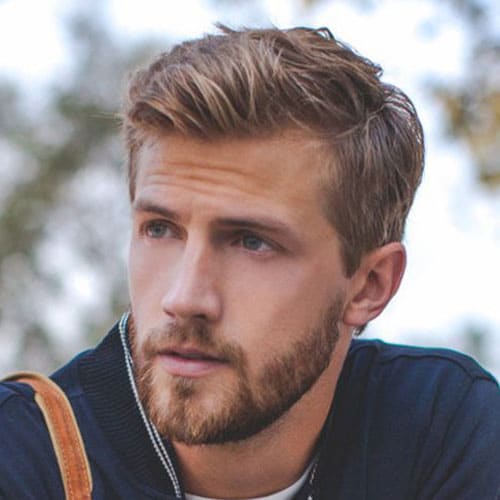 Eye Color: Emerald/bottle green (there's a twist to his eyes though)

Identifying Marks: Scars on his arms. Has a tattoo of a dragon wrapped around his upper right arm. Scars litter his chest.

Species: Blutlumar (I made this up, but its a combo of a winged vampire, a zombie, and a werewolf)/formerly human

Backstory: Levi was attacked by a vampire, a zombie, and a werewolf. Miraculously surviving the attack he becomes a Blutlumar (aka a Were-Chimera). He is eventually hunted down by the Winchester brothers after he attacks and kills several livestock and is reported seen flying around. Seeing that Levi hasn't intentionally harmed anyone they eventually decide not to kill him, but to give him a chance to learn to control himself.

Other: Being a Winchester he looks similar to Dean and Sam. Looks human during the day, but changes into what looks like a giant zombified winged werewolf on the nights of full moons. He is the only person to have survived being turned into a Blutlumar.

Aight then. Shall we begin?

[The Winchester gang is yet again traveling down a road, on their way to their next hunt.]

DEAN: [Driving as he usually does, listening to classic rock play through the stereo. Sees a sign for a hotel further down the road. Yawns.] "We might as well check in and get some rest; it’s a long drive to Darkwood, Michigan from here, and we’re only in California."

SAM: "Yeah, that’s a good idea Dean. "[Stomach growls from hunger.] "Hopefully we’ll even be able to get some food there. "[Turns to look back to make sure that Levi is still following them. Watches as Levi drives around and then ahead of them.]

LEVI: [Turns his car into the parking lot of the hotel, which goes by the name of the Canella Hotel.]

DEAN: [Follows suit.] "Looks like he had the same idea as us." [Parks next to Levi before getting out of the vehicle.] "Great minds think alike. We were just about to stop ourselves, Levi."

LEVI: "I mostly just have to drown some kids at the pool very badly."

DEAN: "Alright. You can work on that, and me and Sammy will book a room for the night. We’ll need our rest for the trip."[Heads inside with Sam to book a room.]

LEVI: [Runs into the nearest restroom, which is oddly separate from the hotel itself. Comes out moments later, and then enters the hotel. Locates his newly discovered family members.]

DEAN: [Holding the key to their room, still perplexed as to why the worker didn’t speak to him.]

Ciarda, who was sitting on a couch in the lobby, eyed the newcomers coolly from behind her sunglasses, then turned back to her sketchbook. She was sitting next to a roaring fire, which cast a warm yellow glow onto her pale skin.

(Odessa? Change your mind on the name?)

(Odessa? Change your mind on the name?)

(Oh wait. This is me being stupid. Let me fix that. 😂)
(AKA "this is what happens when Coda has too much homework")

(Lol It's fine and completely understandable.)

DEAN: "Hey, you know who wares sunglasses inside? Blind people and douchebags."

Ciarda raised one perfectly penciled eyebrow, but said nothing.