Role - What is Azami D. Centero’s role in your story?

My Main OC, and the biggest dumbass out of all of them.

Other names - What other aliases does Azami D. Centero go by?

Turquoise, leaning on the blue side.

Hair Style - How does Azami D. Centero style their hair?

Short and wild, in a boyish cut, with a small ponytail in the back.

Facial Hair - What facial hair does Azami D. Centero have?

Sky blue, but her left eye is gray.

Identifying Marks - What identifying marks does Azami D. Centero have?

A small scar following the line of the right eyebrow. Scars winding down the neck and shoulders, as well as the arms. Most noticeably, a large, jagged X on her back, matching the one on Luffy's chest.

Five bird tattoos under her left collarbone, a tattoo of an X on her right forearm.

fingerprint Nature
Mannerisms - What mannerisms does Azami D. Centero have?

Azami talks faster when nervous or scared, and she has a habit of fidgeting with her knives often.

Flaws - What flaws does Azami D. Centero have?

Azami isn't the smartest, and she can be very reckless. She can be overly emotional, and is very prideful when it comes to some things, such as healing in the middle of a battle.

Talents - What talents does Azami D. Centero have?

Hobbies - What hobbies does Azami D. Centero have?

Azami loves to carve figurines out of wood. She's developed a habit of doing it when she's stressed.

Azami's not very bright when it comes to most things, but she has a big heart, and a fiery fighting spirit. She's very reckless, and will charge into battle without warning. Despite this, she's observant and loyal to a fault, she'd follow her captain to the ends of the earth. Azami is a very emotional and sensitive person, but tries not to show it in battle. Surprisingly, she loves physical contact, and won't turn down hugs or cuddles.

Azami ate a Devil Fruit, so she can control frost. As a result, however, she can't swim and water drains her energy.

Azami has a very boyish voice, somewhat lower than her younger brother's, and usually shortens a few words to end with 'n'
ie: 'Something'- 'Somethin''

Losing Luffy, or any of her crew.

Azami's biggest regret is letting her older brother, Ace, die. If she could go back in time and change anything, she'd sacrifice herself for him.

Politics - What politics does Azami D. Centero have?

Azami's indifferent to the world of politics on the Navy's side, as she's against them, but she tries to pay attention to that of the pirate world. She's against the 3 of the 5 Yonko, those three being Blackbeard, Big Mom, and Kaido. She's usually on the side of Shanks, who she sees as her father, and always with her captain and little brother, Luffy.

Azami's favorite possession is her journal, which holds photos of her brothers, and weekly logs of her journey.

Azami was born on the island of Aquin in the East Blue. She grew up in its only village, an unnamed fishing town. At 2, she ate the Frost-Frost Devil Fruit, and was rendered useless, being unable to swim. Around that time, her mother, Centero Ai, died of an illness. A friend of her mother took her in, where Azami was seen as a burden, and locked away.

When she was 4, a hurricane ravaged the island, and at the same time, Red-Haired Shanks and his crew arrived on Aquin, pursued by enemies. He managed to hear Azami's cries, and rescued her. Azami joined the crew, and stayed with them for another 4 years, at which point she was separated and managed to make her way onto a merchant ship.

On the ship, she helped to rescue a boy, Sanji, and a pirate, Zeff. Sanji and Azami became fast friends, and she was heartbroken when he left. Azami stayed with the merchants for another few months, when the ship was attacked by none other than the Red-Hair Pirates. She rejoined them, and they soon docked in Windmill Village, where she met Luffy, and later, Ace and Sabo.

She lived in the mountains with her brothers until she was 17, at which point only Luffy was around to say farewell. She joined an all-female pirate crew, and she stayed for 2 years, before they were caught in a storm while under attack, and the crew fell apart.

Azami managed to survive, and was afloat on a board when the Straw Hat Pirates found her on their way to Lougetown, and she joined the crew, reuniting with both Luffy and Sanji.
Ever since, she's been sailing the seas with her friends, making new ones along the way.

Monkey D. Luffy: Azami loves Luffy, and will always be there to protect him. She blames herself if anything bad happens to him, but when it comes down to it, the two are often partners in crime.

Portgas D. Ace: Azami blames herself for Ace's death, and misses him more than anything. When he was alive, Ace and Azami were great friends, as well as brother and sister, and more often than not, Azami was there for Ace to talk to when they were young.

Sabo: Azami and Sabo share a love for ramen, as well as freedom. When Sabo was presumed to be dead, Azami was heartbroken, and she was overjoyed when, 12 years later, he turned out to be alive.

Monkey D. Dragon: Azami never knew her father, so she doesn't really care what happens to him.

Centero Ai: Azami's mother died when she was a few months old, but even though she never knew her, she misses her.

Red-Haired Shanks: Shanks is the man Azami sees as her father, and she loves him dearly. She hasn't seen him in years, but when she sees him again, she only hopes that he'll be proud.

Azami usually wears oversized t-shirts or hoodies, usually with a logo or image of some sort. She wears cargo shorts or jeans, depending on the weather. Sometimes she goes barefoot, but the rest of the time, she wears sandals or boots.

When on a mission, Azami wears a tight, hooded t-shirt and black leggings, accompanied with sandals. 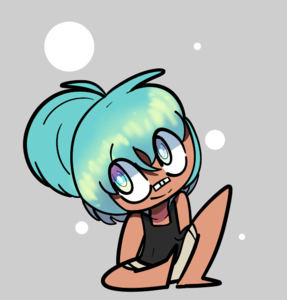 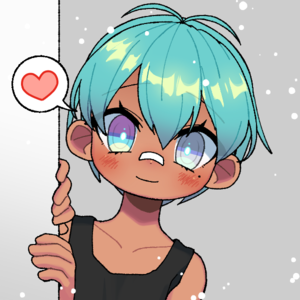 This character was created by Ash on Notebook.ai.

See more from Ash
Create your own universe

This character is being shared on Notebook.ai by Ash.