Your character could be a nurse, patient, doctor, paramedic, whatever. This is literally just an excuse for me to use a character I have and love but never get to use because she's insanely specific. Probably will turn into romance, knowing me, and my character is a girl, so I'm down for a gxg or a gxm depending on your preference! :)

Here she is, the glorious Eleanor O'Hara.

(I’m debating an attempt at this, but I don’t know if my characters would fit [I’ve watched Nurse Jackie, it’s just been a while]. I’ve got two possible guys in mind, but… one’s a human shapeshifter with a twist and the other appears human but is actually a reptilian shapeshifter)
(And, I was thinking of going the ‘patient’ route)

(I know how you are about your fantasy characters lol, but I'm looking for more of a reality-based partner for this one. Think you're up for that? ;))

(Yeah, lol. I’m not sure if I have any true humans based in a modern setting, though I know I have several medieval humans, lol. I’ll double-check though)

(Of course, you do omg. And just saw your edit. Patient is perfectly fine with me :))

(Lmao! Thumbs-up)
(Okay, so I’ve only got three potential guys. Two are technically sci-fi, and the other is canonically a medieval-based vampire)
(The first sci-fi character is Malcolm Harkolar, a genius nanotechnologist/jewelry store owner that seeks to cause a global holocaust after a past explosion that nearly tore him in half [he’s technically a cyborg, but I can make him younger, so that he’s still human])
(The other sci-fi character is a rather undeveloped computer geek/hacker named Jonathan Verthan. Kind of a shy, sweet kid that can easily become hyper when he’s happy, but he’s had a rough childhood, mainly caused by his domineering brother [He’s technically from a dead rp, and was the tech genius of a pirate spaceship captained by his brother, but I might be able to finagle him. I’m honestly not sure, just because I’ve never used him anywhere else])
(The vampire guy is Norkhal’rokh Mokloratene, a rich merchant/nobleman snob who’s obsessed with fashion, but has a good heart. He’s also a party animal and bisexual. [I have used him in a modern setting, and finagled it where he’s got severe anemia caused by a vampire virus, but I could cut out the vampire part and just keep him anemic if that works])

(Okay, so, my thoughts… Malcolm would be good if he was just a normal person. However, I'm also not sure how he and O'Hara would work in a relationship. Jonathan is a maybe? I mean, they could bond over trauma lmaooo. But Norkhal’rokh would work best with O'Hara's personality. The only problem is that he can't be a vampire since it's reality-based, but if you're willing to change that for this rp, then he could work! And I'm not going to lie, maybe a less complicated name would help too lmao)

(Lol, yeah, I get that. Malcolm is just a plain asshole usually too obsessed with his machines to really care about anyone else anyway, lmao!)
(Lmao! Yeah, I loved Jonathan in the old rp, but I just don’t know what to do with him now, so I’m probably going to wait on him)
(I was honestly leaning toward Norkhal’rokh anyway, and I can definitely make him just anemic. Lmao, he does have a fairly simple nickname of just ‘Nok’, but I honestly don’t know how to simplify his tongue-twister of a name. Maybe Nokhal’rokh [a canonical alias I could use instead]? Maybe even alternate spelling like “Nokal’rok”? I don’t know. He does technically come from a long line of complicated names, so… yeah. You can blame his clusterfuck of a canonical homeworld for that, lol)

(Omg Serp, I can't with you XD I mean, O'Hara just goes by her last name rather than Eleanor. Idrc what you decide for his name lol, but are you saying that you're officially in for a non-fantasy rp?? ;))

(Lmao! I’ll attempt to simplify it a bit, but I don’t think there’s much hope for his last name, lol. Mokloratene is the simplest way to put it [Luckily, he’s not from his ancestral family, Maklahartanin. That is a tongue twister, lmao! But anyway])
(I honestly may struggle with it, considering that even my modern characters are still fantasy, but I’m willing to, at least, attempt it. Maybe it might inspire me to make some modern human characters, lol)
(And, sudden thought that I may never use, as usual with my random brain, if I start to really struggle, I could just make him delusional, where he thinks he’s a vampire. Evil chuckle. I’m probably going to hold off on that, though. I easily get carried away with insanity, lol)

(Oh God… why did I let you in this?? XD Okay, so do you want to start it off with him going to the hospital? That way O'Hara can treat him.)

(Lmao! Sure. Real quick though, do I need to post a template of him first, or are you worried about it? I’m fine with either way)

(Sure! It doesn't have to be super detailed tho. Just touch on the basics. ;))

(Unless you want to make it super detailed lmao)

Name: Nokhal’rok ‘Nok’ Mokloratene
Age: 27 years
Height: 6’3”
Looks: Grey eyes, shoulder-length black hair, V-shaped frame, strong shoulders, skinny, pale skinned. Has a massive variety of tailored clothes, but is often seen in darker colors (blacks, greys, indigos).
Gender/Sexuality: Male, Bisexual
Personality: Dandy from hell, obsessed with fashion. Snobbish, but is a gentleman with a good heart. Educated and a linguist. Party animal. He’s also kind of the black sheep of his family, but he runs the fashion area of the family business so well that they can’t do anything about him.
Other: Has pretty severe anemia and needs weekly check-ups/transfusions. 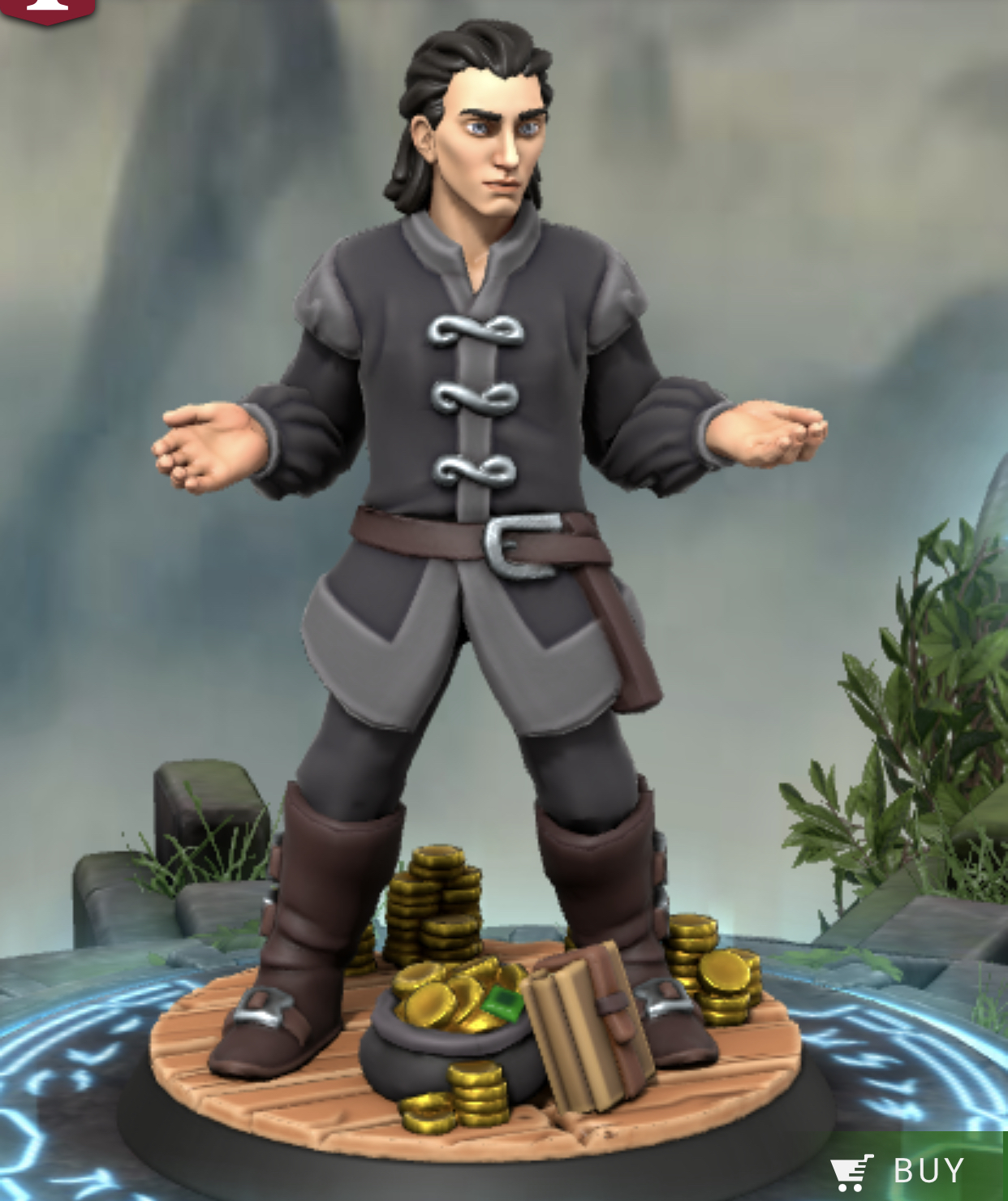 (Niceeee I like him. Would you mind starting then? UwU)

(Grin. Yup. It may take me a moment, though, if I don’t get it up tonight. I have to get up early in the morning, so yeah. But, I will get it done)

(Oh, how are you with sex scenes? Writing smut? Shit like that)

(Um… it’s honestly a grey area. Sometimes I avoid really explicit stuff, other times I’m willing to experiment. It more depends on the moment, I guess. It’s weird. Though, I’ve honestly never rped something like that, so it will definitely be an experiment, lol)

(Lol! I won’t judge. Considering, that might actually work brilliantly for Mardicos, lol. I haven’t done much with Nokhal’rok, so probably 50/50 on him. Casual shrug, we’ll see)
(Also, I honestly don’t know too much about anemia, and I’m rusty with hospital procedures, so if I’m inaccurate at any time, that’s my bad, lol)

Nokhal’rok walked along the sidewalk toward his waiting limousine and chauffeur. He carried three bags of newly bought outfits. Admittedly, he didn’t need more clothes, but it was his little vice, and it kept him happy and calm.

As he neared his limo, running footsteps approached. He turned to glance back at the person, just in time to see a bat swinging his way. The bat hit him hard in the face, breaking his nose and knocking him unconscious.

Nokhal’rok’s chauffeur, an older man with greying blond hair named Edmund Nathersby, rushed out of the limo at the sight. The attacker grabbed one of the bags and took off before Edmund could get to him. Edmund almost chased the attacker, but he was more worried about Nokhal’rok. He kneeled down next to him, wincing at the broken nose.

Edmund then gently picked him up and carried him to the limo, laying him inside as gently as possible. Afterward, he retrieved Nokhal’rok’s remaining bags, put them in the passenger seat, and set the limo’s GPS to a hospital. Even though the attack was mild, Nokhal’rok’s current condition was not. He had a blood transfusion scheduled later on in the day, and he typically went on a shopping spree beforehand to calm his nerves. Now, this had become far more serious, and Edmund just hoped there would be no complications.

He soon arrived at the hospital and carried Nokhal’rok in. He quickly told the receptionist about Nokhal’rok’s appointment, then about the attack, and requested haste with his treatment.

Dr. Eleanor O'Hara sighed. She knew whoever was next through the doors would be hers. The other doctors currently on the floor – Coop, Cruz, Roman, and Prentiss – were all busy with their own patients, and she had just barely started her shift.

"Enjoying yourself?" a nurse with cropped blonde hair asked as she walked by.

"Yes, very much. Thank you, Jacks," O'Hara shot back with a smirk, her British accent making her words seem more regal than they really were.

"No problem," the nurse, Jackie, said as she peeked out the main doors. The limo pulled up outside of All Saints Hospital, and an older man, presumably the driver, got out and hurried inside, carrying a pale, well-dressed man in his arms.

The driver spoke to Zoey, who was currently in charge of the reception area, and she directed him inside.

"Can I get a gurney over here?" Akalitus called out as she walked by. "Dr. O'Hara, this one is yours!"

"And the day just keeps getting better and better!" O'Hara exclaimed. She took a peek at the man as they loaded him onto the gurney, and she noted the blood and broken state of his nose. She pursed her lips and buttoned up her white coat so she didn't get any blood on her expensive clothes underneath, and her Manolo Blahnik heels clicked impressively on the tile floor as she made her way over to meet the gurney as it was guided into Trauma Room 1.

"Twenty-seven-year-old man was hit in the nose with a bat coming out of a department store," Zoey spouted off. "He's also supposed to have a blood transfusion today with Dr. Cruz."

O'Hara's eyes narrowed at even the slightest mention of the other doctor.

"That's what he told me," Zoey said quickly, pointing toward the driver. "He said it happened, and he drove straight here."

"Oooh, lovely," O'Hara muttered. "Well, he's dedicated, I'll give him that. Does he have a name?"

"Which one?" Zoey asked, pointing at the driver and the patient at the same time.

"What the hell, why not both," O'Hara quipped, sliding her hands into blue gloves.

Zoey looked at Jackie, who rolled his eyes, before looking back at O'Hara to reply. "The driver's name is Edmund. And… I couldn't catch the name of the patient."

O'Hara arched her eyebrows and narrowed her eyes a bit. The doctor had a specific way of speaking without words. She turned her attention to the driver and said, "What's his name?"

Edmund watched as Nokhal’rok was rolled away. He took a few deep breaths to keep himself composed, though he was still quite agitated from the situation.

This ‘Dr. O’Hara’ didn’t seem like a pleasant woman, but if she helped Nokhal’rok, Edmund’s dear employer and friend, he would be sure to thank her personally, somehow. He would also make sure Nokhal’rok knew, and he had more elaborate ways of thanking someone than Edmund.

He stayed fairly composed when O’Hara turned to him, meeting the woman’s eyes without shying away. Though, his frequent glances toward Nokhal’rok betrayed his worry.

“His name is Nokhal’rok Mokloratene. It may be simpler to call him ‘Nok’. He won’t mind, I assure you. I also want to make sure you, specifically, know that he is anemic, and has an appointment later today for a blood transfusion. That concerns me more, honestly. His anemia often fluctuates in intensity, and this week wasn’t an easy one for him,”Edmund explained.