Character A is working on their laptop when it suddenly stars to flash low batter in the middle of a huge school/work assignment and character B is sitting at a table by the outlet.

(Ooh, I like this idea, I feel like I may be joining too many rps, but could I join?)

(Aw crap, too late to the party. I'll stalk this instead)

(Hey Sam, mind if I use your idea? I'll give you full credit of course, but it's a very cool idea)

(And uhm, could I be muse B? I lowkey just stole one my sort of underused characters for this, so uhm. . .)

Sexuality: Pansexual
Appearance: Uhm, my brain isn't working today, so I'm sort of just going to do a face claim, and if I have time maybe I'll do more for an appearance 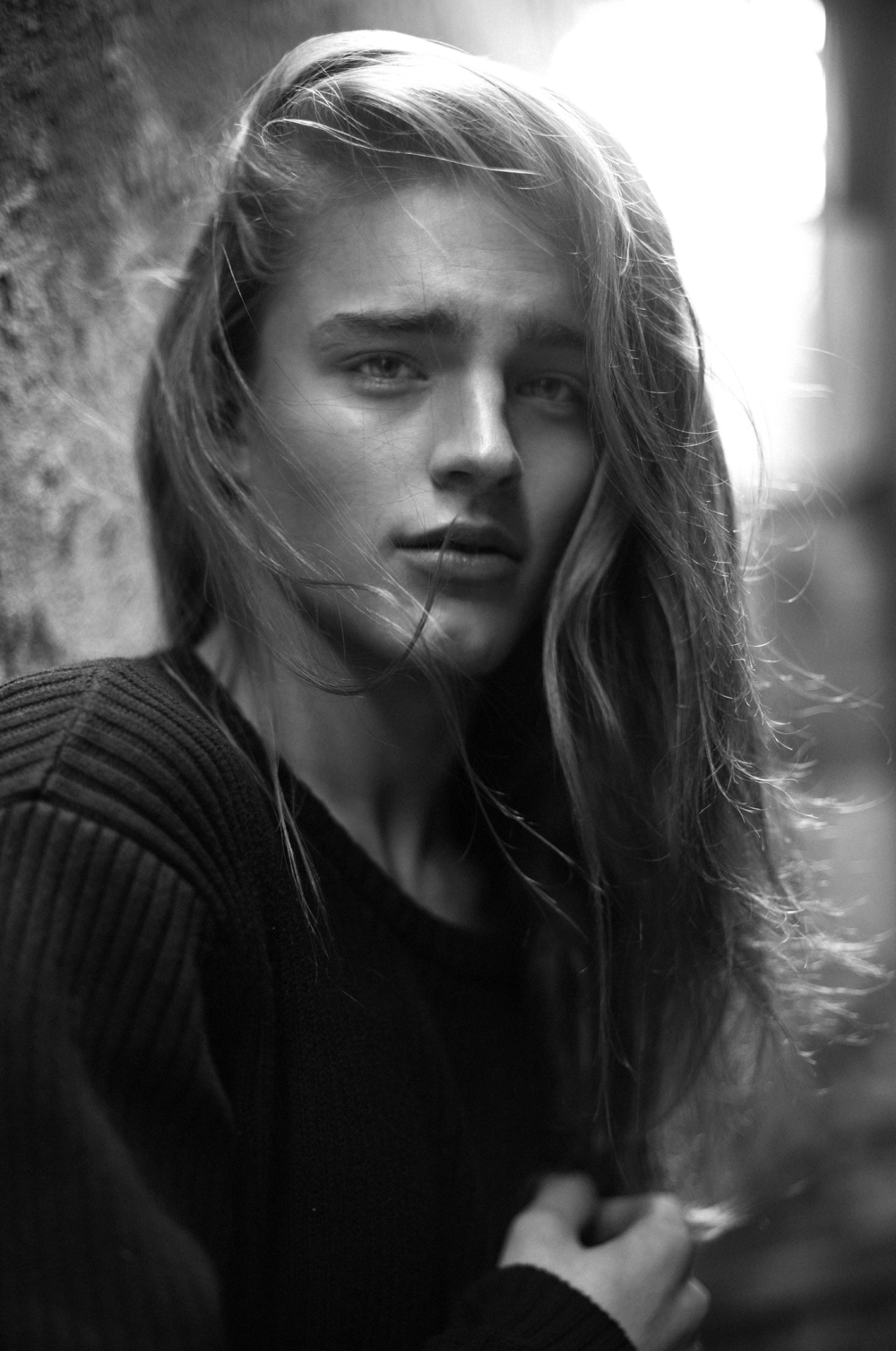 They normally wear their hair in either a ponytail or bun, since it's the easiest and keeps out of the way. He complains about his hair a lot, about how long it is and such, but he truly loves it, to him it's his best feature.

Personality: They're a pretty smart person when it comes to science and such, but when it comes to jokes or memes and things of that nature, they are completely lost. But they are completely lost, but they try to not let that get to them and try to just move past that. They are very nice and love people, but don't exactly know when to take a hint and stop talking, they don't exactly read social cues that well. But he is very quiet around new people, it takes a little bit of time for him to come out of his shell, but when he does, you can never shut him up.

Likes: Food- he is a major foodie, and science he does physics when he's upset, and he loves chemistry with a major passion, just anything science or math-related is apt to make his day. And he is not afraid to correct anyone if their "scientific" statement. "It's just that they're wrong, and I know that I'm not, so is that really so bad?" He is definitely a soft boi

Dislikes: People being incorrect about the easiest things, especially if they are science-related. Just hearing that some people think that the Minecraft is flat made their blood boil, and he spent almost a full week doing equations to prove them wrong.

Appearance: Marcus is tall and lanky, standing at around 5' 11". He has dark, wavy hair that's neatly combed to the side and hazel eyes. His skin is a light brown and he has a few moles on his face. Usually wears vintage looking sweater and stuff. https://s3.amazonaws.com/notebook-content-uploads/content/uploads/original/569cac55-29bb-4b6d-b9f0-081c443a9d97.png?1590110409

Personality: Introverted and kinda shy. Very polite and nice. He's the kind of person that apologizes for something multiple times even if it was just a small issue. He's really soft and compassionate. He makes a good listener. He also a very hard worker and really strict on himself. Very smart academically and does really well in school. Overall very soft uwu

Likes: Loves to read and always has a book on hand. He also generally likes quiet and cozy places. Likes to drink tea. Actually likes learning and interested in the humanities.

Dislikes: Doesn't like loud and crowded places. Prefers to sit in a quiet corner in the cafe. Not a fan of talking to strangers and kind of tries to avoid it.

Background: Marcus lives with his parents and is finishing up his last year of high school.

"Aw, crap!" muttered Marcus as the little light started flashing on his laptop. He quickly scanned the cafe looking for an outlet. Soon enough, he found on not too far away from where he was currently situated. However, there was one problem. The cafe was jam-packed and there were no empty tables anywhere near the outlet. Marcus noticed a table nearby that was mostly empty asides from a person sitting studying. The computer continued to flash red, not giving Marcus any other options. So, with a deep breath, he gathered the courage to approach the person.
"Uh, hi," said Marcus anxoiusly, "My laptop's about to die and since you're sitting by the outlet, do you mind if I sit here too?"

Adrien had just gotten to the coffee shop and was waiting for their drink. They had a buttload of work that they had to do, and they were already stressed. They had a deadline for this information that they was working on, and their professor wanted it in a week from now. Adrien felt like banging his head against the table instead of working on their projects. They already had fifty tabs open and that made him stressed enough to begin with, but that didn't matter the work would need to be done sooner or later. They groaned as they began to read through the papers, and then heard someone talking to them. They turned over and looked at them, "Yes, what is it? Oh, you need the outlet, oh uhm sure, that fines." They muttered and went back to their work.

"Oh, really? Thanks!" said Marcus in relief. He grabbed his things and moved them to the other table. He continued working for a while before hearing someone call his name. Marcus looked up in alarm to find that his drink was ready. He went to get his iced tea then sat back down to work on his project.

Adrien tried to ignore the fact that they were now sharing table space with another person, and behave as though they were fine with it. They weren't really, and being around new people just stressed them out. They kept their head down and began to do their research going through each tab jotting down notes of everything that they thought would be interesting, or that their professor would want in it.

After a while of sitting in awkward silence, Marcus decided on actually attempting conversation with the other person. He wasn't very comfortable with talking to strangers, let alone sitting with them. So, if he was going to spend the next hour or two sitting next to this person, he might as well get to know them. "So, uh, what are you working on?" asked Marcus.

"Oh uhm," Adrien's head popped up when they heard the other person talk to them, "Oh it's just a report that my professor is forcing me to do." They said shrugging, "It's sort of just a tradition for him, he picks his "favorite" freshman, then has them make a report on the topic of his choice. It's not even for extra credit, but if I fail to do it, I sort of fail the class. What about you?"

"Oh, that's rough," said Marcus. "I'm working on an essay for English class. By the way, I'm Marcus. What was your name?"

(sorry its so short. my brain is not functioning properly rn)

Adrien shrugged slightly, sort of acknowledging what Marcus had said about their class, "Ooh Ewnglish, that sounds rough. And my name is Adrien, nice to meet you." They held out their hand, sort of offering it to Marcus to shake, "I hope that I won't talk you ears off, I sort of need to get this done, and I'm sure that you need to finish your essay as well."

Marcus shook their hand, "Nice to meet you too and yeah, I should continue working on my essay." He typed away on his computer for what seemed like forever until he managed to finish his work. Marcus stretched out his arms, "Finally," he said under his breath. He began packing his things up. "Uh, thanks for letting me sit here," he said to Adrien.

Adrien nodded politely, they still had ways to go, at least maybe an hour or so. "Oh, uhm it's no problem," they said as they tried to pop their back. All Adrien wanted to do was go home and sleep, for about a day, but they had work the next day. "I hope that you get a good grade on that essay." The they looked back down at their work. It seemed hopeless, they had a few more days, then it would be due.

"Oh, thanks!" said Marcus, "You too." He picked up his backpack and headed out of the cafe. It was getting late and Marcus could see the sun starting to sink low below the horizon. He checked the time, it was almost 6. He quickened his pace to catch the next train.

(So im thinking for the setting, its during the fall and they live in the city. Is that fine with u?)

(Okay, yep that's fine, I'm not exactly sure how they should meet again. Adrien is going to stay there for a while, so perhaps they run into each other someplace else?)