Lincoln: Depending on who is watching he may offer some, or not. (He always keeps money on him incase of emergences.)

Landers: "I don't have any money but I do have some garbage in my pocket, if you're interested"

Harli: Gives the person what he can, his gloves, his hat, whatever would help. (All the currency from where he's from was destroyed in the bombing, well so was the economy, and the people….)

Oscar: "Don't touch me stranger" (He's been conditioned to fear and hate anyone unknown to him)

The successor and heir to the thrown of death: "Hah, mortals, plagued with things such as currency or the lack of, pathetic."

Zara: pulls sword
Daisy: Gives money. All her money, which is why she's no longer allowed to carry the money.
Niara: instant suspicion "Why?"
Phoenix: gives 10p, asks why, if they think it's good they give more money. (They have at least £10 on them)

Fern: Depends on who it is.
Christi: Once she stops laughing she would tell them she doesn't carry money.
Myra: "I have a dime, a stick of gum and some pocket lint. What can you buy with that?"

Starr: rolls eyes
Madison: what for?
Addi: of course 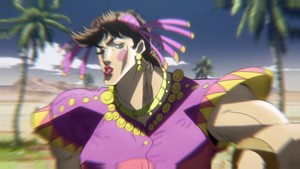 Valaria: Why in gods name do you think I have money??? I'm poorer than that old homeless dude over there on the curb.
Rylie: Yeah sure, here's ten bucks.
Nicholas: Silence …..No

dollie: exhale, shmack them across the face, then leave.
luca: "i'm broke. what the hell do you mean 'can i have some money'?"
tamaki: would just stammer and give them 20 bucks. he's not mean like the other two.

Garzlan: Gives them what they need, plus a bit extra
Milo: "Sure… but only if you do something for me in return" (the "something" being something very illegal or dangerous).
Ara: Depends who's asking and what they need it for. He wouldn't mind helping out a friend in need but otherwise he'd probably just say no. Would also expect to be paid back at some point as well.
Andor: "I'm broke as hell, but can I interest you in this expired SkyTrain ticket instead? It's all I have on me right now."
Dallas: "I don't have any cash, but do you like, do e-transfers?"
Gerard: "I don't have any? What do you need that for anyways???" *Continues to ask like 1000 questions*
Crispin: "…Stay right here." *Leaves, and comes back with with a bunch of change that he got from slashing purses and pickpocketing. "Just don't ask where this came from."

Taesun: Probably has them executed for daring to speak to him
Neryn: Depends on whether or not people are watching, she would either do the same as Taesun or give them the money
Lakora and Meo: Walks away without acknowledging the person's existence
Hoshea: Gives them the money
Yirhana: Offers to give them a loan, sneakily works a ridiculously high interest rate into the contract.

Yea I know they're all terrible

Rafi:"Sure, would you like my left kidney as well?"
Isadore: "I guess, don't do anything stupid with it."
Irakles: "I'm sorry, Isadore might need this."
Valentin: "Take it all, I have my brains to live off of."
Ilfred: "I'm saving this to bail Valentin out of jail."
Creake: "…"
My one unnamed OC: "George used to have money" stares off longingly
Adrius: "Aww, is someone too poor to pay for their schooling."

Chelsea: hope I brought my wallet with me

Taia: is overjoyed to help someone SURE

Rafi:"Sure, would you like my left kidney as well?"
Isadore: "I guess, don't do anything stupid with it."
Irakles: "I'm sorry, Isadore might need this."
Valentin: "Take it all, I have my brains to live off of."
Ilfred: "I'm saving this to bail Valentin out of jail."
Creake: "…"
My one unnamed OC: "George used to have money" stares off longingly
Adrius: "Aww, is someone too poor to pay for their schooling."

They're reeling from the fact that I've put them in a position to be an antagonist in some part of the story but a protagonist for the rest.

Corin: Uhhh The frick you asking a ghost for?

Nick: Uh, sure, I guess. How much do you need?
Tommy: Sorry, I really don't have any. Do you need help with anything else though?
Kurtis: Ignores them and walks away.
Ollie: What for?

Frog: Uh, really sorry, I don't have anything. I have extra earbuds, bandaids, tea bags, granola bars, and hair ties though!
Dick: Sure, what do you need? Just remember to pay me back.
Juniper: I guess? What's it for?
Shiloh: Bro, I'm broke as hell, sorry.
Vanessa: And how much would you need? (just summons money with her magic)
Alex: Vanessa! This human requires currency!

Selene: if she doesn't immediately flinch away and start running (she's wary of strangers) she would probably offer to buy them some food, or whatever they needed directly rather than lending the money.
Simon: 50/50 he would either be like "go get a job" because he can be a jerk but he also might say yes and throw them a 50 dollar bill.
Raj: "sorry man, I can't spare any right now."
Felicity: (she would definitely be talking to one of her triplet younger brothers) "Dude, I'm going to school so I can pay for your stuff. I'll give you money in ten years. Go ask Mom."
Darra: "maybe, what do you need it for?" and she'd probably end up giving them a 10 dollar bill or so. she also might toss a pack of gum at their face and tell them "go sell it, piece by piece. capitalism, bitch."
Eli: "can I give it to you tomorrow? I'm going out to dinner with the team and need to buy my food. but whatever I have left tomorrow, you can have it."
Alex: "send noods and I'll consider"

Ivy - (laughing) "No! You are not taking my money! It's mine!" She might give it to Alice or Esther, but if it was anyone else no, especially not Jordan or Liv. She'd probably chuck some random junk or pinecone she found in her pocket at them.
Liv - "Yeah, ok. When can you pay me back?" (proceeds to make an entire mental contract - which she will remember exactly. No-one scams Liv and gets away with it.)
Alice - "Of course, sorry, one sec, let me get it out…sorry about this…" Ends up giving them about ten pounds because she feels guilty.
Bella - "You must be joking, because I never have money and if I do I spend it all in the first five minutes of having it." 100% true.
Isla - (looks at the asker with disdain) "I guess." Gives them a pound. "Take it or leave it."
Jordan - "Sure, how much do you need? Don't worry about paying me back!" Gives them about 7 pounds

Stormchaser: Sure! Here's $5
Nightshade: No wtf, f off and get a job
Sol: Why would I do that?
Raoul: scoffs
Niko: Sure! gives them a cookie because food is worth more than money to him
Luna: sighs just this once, dear