So I have this massive series that I want to write, and I just added a book focused on magic. So far, none of the other stories really mention magic. I have this one overarching character who is hinted at having magic but it hasn't been outrightly said (she just sort of casually produces little flames). In my world it's like magic exists but it's really rare and no one likes it or wants it to be there and it's partial make-believe. So the average joe wouldn't believe in magic, but the odd person is born with it and generally shunned because of it (like the Dursley's with Harry Potter). Does that work and make sense and stuff?

I think it does.

This makes sense and there is a very big reason why it does. Magic, normally or how I would see it, is something that you would have to be born knowing how to do it or someone would have to spend decades learning how to use it properly. Magic has also been seen as taboo both in real life and fiction so this is fine. Go for it 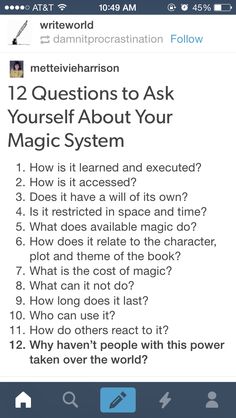 Oct 21, 2017 - This Pin was discovered by Chloe Alexia. Discover (and save!) your own Pins on Pinterest