Hello!! So I saw this writing prompt and thought it would be interesting to RP the relationship between the mentioned villain and sidekick, most likely platonic! 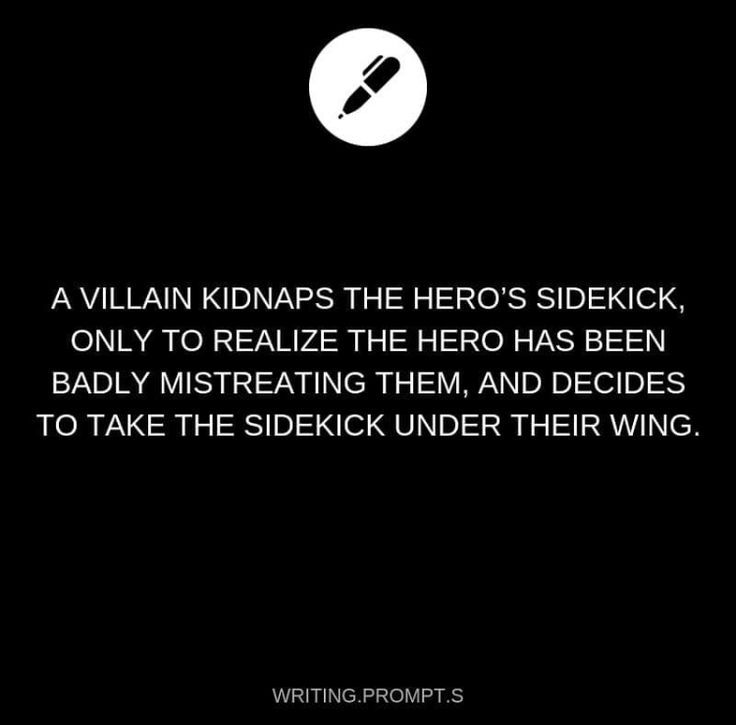 “A villain kidnaps the hero’s sidekick, only to realize the hero has been badly mistreating them, and decides to take the sidekick under their wing.”

I’d be happy being either the villain or the sidekick

-Andrew’s rules apply
-Please ask before joining
-Ideas for more drama in the plot are gladly received!
-Detailed responses please, or at least ones that further the plot
-Good grammar is appreciated
-If you have any questions, feel free to ask!

Absolutely! Would you like to be the villain or sidekick?

I have a character perfect for both so I'm fine with whatever!

Okie doke! I’ll be the sidekick then if that’s all good. Would you like templates or to go in blind?

I'm fine with both, a minimal template might be a good idea though, just basic information no personality or habits

Sounds good! I’ll get one up real quick

Name:
Gender:
Age:
Appearance:
Power (if any):
Other (optional):

Name: Roswell "Rio" Frazier (Solstice)
Gender: Male
Age: 23
Appearance: he has purple hair and looks like this with darker blue eyes
Power (if any): Elemental. Basically he is able control fire, breathe underwater, manipulate air around him to only lift himself, and can find edible plants by feeling the earth around him. He is only able to control one element but is able to use the other elements to help him survive
Other (optional): has a pet falcon named Jax

Name: Elias Shepherd
Gender: Male
Age: 14
Appearance: a stands a little under five foot; dark brown, almost black hair brushing his shoulders; gunmetal gray, almond shaped eyes; round facial shape; he has a cluster of freckles on his right arm and a few on his hand
Power (if any): Precognition. He has the ability to see glimpses into the future, but the farther away the more blurry the image. However, he can only really use his ability depending on his emotions
Other (optional): n/a

Thanks! I like Roswell too! Do you have any questions before we start?

Not at the moment, if I have any, il ask!

Alrighty! I’ll get a starter up soon, either sometime tonight or tomorrow morning

Oh before we start, I’m thinking we could either start a little before Roswell kidnaps Elias or a little after. What’s your preference?

A little before I think, itll give a little backstory as to how they got here

Perhaps it was the most ordinary residence, nestled in the back corner of a suburban neighborhood, that housed the adjacent city’s most famed hero—Quiver. The benevolent figure ever at odds with criminals and villains, tirelessly and selflessly working to keep the community safe. Of course his identity was so conveniently concealed that he could return to his equally perfect abode without any prying neighbors peering in through the window.

Oh, and there was his nephew too. Elias, an adolescent and not a seasoned crime fighter, stayed home settled into his bay window while his uncle was away. Although on some recent occasions his own alias was allowed to tag along, just enough for him to get out of the house once in a while. Just enough to have been noticed by the media. This was not one of those occasions.

Rio was out, leaving a trail of destruction for his arch enemy, Quiver, to follow. That wasnt all he had planned for tonight, no, tonight he was planning something far bigger than anyone could have imagined. You see, he had figured out his enemy's identity and not only that, he also figured out that his sidekick was his own flesh and blood, his nephew! He spotted his enemy a couple times, cleaning up things and managed to keep him distracted long enough to sneak into his house to find his nephew and steal him.

Eli froze at a sound that was…somewhere in the house. Perhaps the front door? A window? He glanced over to his bedroom door, tearing the headphones off of his head and waited, silently wishing, that his uncle wasn’t home early. He could hear footsteps. Or maybe he wished it was his uncle. Even with his heart beating his his throat, he tried to convince himself that his uncle’s anger was better than a burglar.

Rio threw open a few doors before chuckling darkly. "Where are you child?" He called. He turned the corner and there was his prize. "Hello love, it's time to go." He tilted his head and grinned, creating a fireball the size of a marble in his palm.

Elias’ breath hitched as his door flew open, and the man standing there was certainly not his uncle. His eyes widened at the little fireball. “No. N-n-no!” He scrambled backwards, hands fumbling to try and undo the latch on the locked window.

Rio chuckled and walked closer to the young boy. "Your uncle is far too busy to even notice your disappearance. Let's go." He grabbed his arm and pulled him out the door.

Eli yanked his arm, or at least tried, to squirm his way out of Rio’s hold. Whimpering. “Let—Let me go!” He pleaded, quite shrilly. “I’m not going with you!” Despite his desperate attempts to drag his feet and kick his way free, Rio was inevitably stronger than him.

"You can either shut up, or I'll make you shut up." Rio growled, pulling him harder. He created a small flame and allowed it to dance across his hand , bringing it dangerously close to Elias' face.