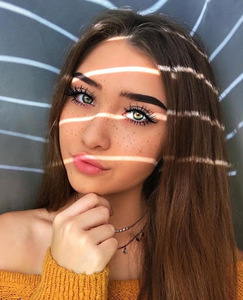 Coraline , — a fictional character on Notebook.ai

Do you have a kind of story you want to do?

Full Name: Magnolia Sage Lexington
Nicknames: Mag
Gender: female
Sexual Orientation: pansexual
Age: 19
Appearance: https://pin.it/PTwFCaV 5’6, hourglass body. Narrow, oval shaped face and medium brown skin. Thick, curly dark hair that’s the texture of cotton candy; usually wears it down or in a braided bun. Dark, honey-brown eyes, full lips with a nearly absent Cupid’s bow, a long, slightly hooked nose, and surprisingly thin eyebrows. Long, slender fingers and toes, kinda has a flat butt. Wears dark, flowy clothing with the occasional pop of color
Tattoos/Piercings: earlobe piercings on both ears
Birthmarks/Scars: has a few random freckles on her upper arm that kind of look like a constellation, and a henna tattoo in a sort of solar system design on her upper hip
Personality: Mag is basically an ambiverted ENFP. She’s a free spirit, and enjoys making social and emotional connections, but she’s also a deep thinker and fairly independent. She’s very idealistic and morally driven, but also a little jaded by her father’s death and a previous toxic relationship. Recently she’s been unsure of what she wanted to do with her her life, because the idea of being something only appeals to her, but actually making that idea a reality tends to put her in a struggle.
Likes: spppaaaaaaaaacccccceeeeeeeee, bone collecting, museums, starry nights, the smell of incense, rain, and old books, people (both dead and living), having freedom and being trusted
Dislikes: being left out, feeling embarrassed, loud noises, being alone, spicy food
Powers: she can see ghosts and spirits and can communicate with them. Low-level necromancy; she can revive dead plants and small animals, up to about the size of a cat.
Strengths: curious and observant, an excellent communicator, an utter nerd when it comes to space, ghosts, that kind of thing.
Weaknesses: poor practical skills and focus, tends to overthink and get stressed, and highly emotional. Not good with long ranged fighting or surviving in rural spaces, tends to cling to the past.
Fears: as much as she loves space, she has an underlying existential fear of it; snakes and spiders, violent ghosts, her friends leaving her
Weapons: her fists, her feet, and the occasional drop of deadly sarcasm
History: kinda hinted at in her personality, but tbh I don’t have a solid history for her. TBD
Trivia: trying to save up money to get a telescope, reads encyclopedias for fun if she’s not with her friends

Coraline , — a fictional character on Notebook.ai

I’m a sucker for urban fantasy, and plus since my girl has powers, I kinda want to go with that. Maybe they can meet in the forest?

You want me to start?

The forest was quiet, except for the occasional sounds of birds and the swaying of branches. Sunlight streamed through trees, casting dappled light on everything it touched. Yet, there was a heaviness, a moisture in the air. A storm was approaching.
Magnolia knew this, but she didn’t care. She was bent down underneath the oak, the owl’s nest barely visible through the branches crisscrossing above. Her gloved hands searched the soil for any sign of bone or hair. Some may find it disgusting, but owl pellets were a surefire way of finding bones, despite how rarely they come intact.

Coraline, was walking around in the forest to look for sticks she was going to have a campfire by herself hoping that she won’t find somebody that would want to do it with her she was planning to make spores and build a tent but that’s why she didn’t help, .

When she couldn’t find anything after about five minutes, she took out a small shovel and began shifting the soil around once more. She eventually came across a bone the size of her pinkie finger and pocketed it. She was about to go and keep looking when she heard the sound of footsteps. They sounded human, but she couldn’t see anyone. Half wondering if it was a ghost, she called, “Hello? Is someone there?”