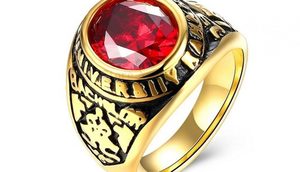 Mage's Ring, Makes it so the wearer can use different powers based on the their mood. — a fictional item on Notebook.ai

I like it! That's such a fun idea. My mind just went straight to the idea of someone trying to change their emotions for the desired power. Which sounds fun to write.

The idea of someone changing their mood for a different power does sound fun to write! I'll try to incorporate it!

This idea is really cool! I love that you added colors like lavender.

I Like how you added backstory to the template! I'll have to do that as well!

This is so cool, I was particularly interested in the white and black colours and what they means

Y'all've given me great ideas for incorporating this item into my story! Thank you so much! If you want to see the story when it's done msg me your Gmail and I'll share it with you!

Excerpt from my story:
"Woah, so it's like an overpowered mood ring!"
@AshWillow

Wow!
That's really cool! I love all the powers you made and different moods.
I also like "Love=No Effect"

I love that it's a mood ring, I have one of those too but it's called a cloff and is used to tell the time 😅

I like that different emotions reflect different abilities that's really cool however since it's a wizard ring does it have a bond with the wizard or can any old fool that uses magic steal it and use it.