Hey y'all! I am in a creativity dry spell currently, so any ideas?

This still open? I prefer high/dark fantasy, and could probably come up with something fairly quick. Though I will respect the choice(s) of other folk, if that’s not your style. And I do tend to use my own characters, but I don’t mind templates. I’m also fairly active on here.

Sup. So, I have multiple different storylines that could all work as roleplays floating around in my head. Two of them are very fantasy and the last one isn't as much. I just want to propose them, so don't feel pressured to use any of them. Just warning you, the fantasy ones both involve age regression and/or humanization. And the non-fantasy involves role swapping. It's all a weird obsession of mine.

I'll totally roleplay in this, almost no matter what the plot becomes. There are only a few things I won't do.

(Edit: I just remembered a 4th plotline that I had in my head. Here goes nothing.)

#4. An orphan almost gets killed by a Kelpie, but somehow becomes part Kelpie instead. As a result, the Kelpie has become a human. No, this is not like, oop alternate universe, this is like, transformation stuff. It's just like the others, it would have a reaction. The Ex-Kelpie and the Half-Kelpie end up being cared for by the same person. Plot and shenanigans ensue.

I just realized something. When thought up in my head, all the plots except #3 include fluff; I am suspectable to fluff.

This is still definitely open, and thank you so much to both of you for joining! If you guys just want to do a fantasy rp and kinda wing it, I'd be down for that. I also sorta came up with a plot line that involves 4 enchantress sisters, but 3 of them turn evil? If you want more details on that, I can definitely send what I have so far.

That plot sounds fun, I'm down to play one of the evil sisters. I don't know what it is about evil characters I like, but they're fun to play. And yeah, I'd like to hear the details too, please.

Being a villain is always so much fun! You’re not tied down by things called morals. ‘Evil grin’
Yes, I am really dark.

Who knows what my evil characters will do? Throw a dart into someone's eye? Cut out someone's tongue? Actual bloody murder? All I know is there won't be any electrical chairs. Those things are disgusting.

Oh dear, I didn’t realize how hardcore into murder/violence I am. Murder and torture is commplace in my stories.
Let’s just say, one of my characters doesn’t ‘cut’ out someone’s tongue, he ‘rips’ it out. And that’s just a minor example of that guy’s deeds. He’s scary, as in he’s probably got the biggest body count of all my characters, and he’s only in one story, namely his backstory.

I suppose rip is a better word than cut. I used cut because I was imagining slicing it out with long claw-like nails. I just don't like electric chairs, they're gross.

Neat idea. I like the claws (I’m always a sucker for claws). Though, I was also being literal. The character just grabs his victim’s tongue and pulls, though it was probably assisted because the guy’s throat was cut too. Like I said, this character is scary.
In regard to electric chairs, one must be creative. It is not the chair, but the electricity. Torture via electrocution can be quite fun to write. Though, I typically go with lightning bolts, simply because most of my multiverse is medieval technology.

Ok, lightning is fun, but have you read a description of what death by electric chair looks like? It's disgusting.

Okay, I get it now. I just read a few descriptions. Oof.
Though, considering, it does make sense, just with the way it works. Definitely cringe-worthy though.

So, how did we go from talking about an rp to talking about brutal ways of murder/death? Are we all just a bunch of ramblers? (I know I am!)

Sometimes I am. Now I'm just imagining Camie coming back to this and seeing our convo like "what the hell".

Heyyyyy, I'm so sorry I'm not on super frequently, I'll try to be better! But holy crap guys. What the hell?! 😂😂😂 Anyway, this is what I got for the enchantresses plot line. Let me know what you think!!!

The "heroine" is the second eldest of four daughters in line to the royal throne of Sunshire, currently reigned by their parents, the queen and kind. It was obviously her older sister's birthright to be next in line for the throne, but she was caught one night in the deepest sections of the royal library, reading, studying, and practicing dark magic. The sisters' parents, with heavy hearts, banished their eldest daughter from the castle and the light lands of Sunshire. On the night when she was packing her things to leave, the eldest made an attempt to corrupt the heroine with her newly learned dark powers. But the heroine fought back against her sister with the light magic her parents had taught her to embrace. The eldest left in a fury when her own sister refused to join her. In the morning, the two youngest sisters were both missing from their beds. The king and queen were convinced that they'd only gone into one of the nearby towns for new dress fabric or frivolous shopping, but the remaining eldest daughter knew the truth. Her sisters would not be coming back. The eldest had corrupted them, brainwashed them into believing that it was not her, but their parents that were evil. The king and queen have grown old since the banishment of their daughters, and the heroine has ascended as a queen consort to the throne of Sunshire, and her eldest sister (who is now know as the Mistress of Evil) is planning her return, with the help of the youngest two sisters, to win back what is rightfully hers. And, to make things interesting, the Queen Consort of Sunshire has a secret…

Ooh, this is neat. I wouldn’t mind being one of the younger evil sisters. I’m already getting ideas. Will there be a template or anything? Or is it just winging it?

And the secret is intriguing. I am very much wondering what it could be, and I’ve already got a list of guesses. But, as I like to say about mysteries, ‘Let the suspense grow’. I love mysteries! (Don’t mind me)

Of course to both of you! Serpentess, would you be up for doing both of the younger sisters? And if you would like to have a template, I can post one.

Ooh, both younger sisters. ‘Evil grin’. This is going to be fun. And, yeah, I wouldn’t mind having a template. I like having the detail.

I'd like a template too, please. Not having to describe the character when the roleplay starts makes describing her actions easier.

Could the younger sisters be fraternal twins?

Ooooh, yes definitely! I also changed the name of the rp and moved it to the Fantasy Tavern, just so you guys know! Okay, here's the template! I tried not to make it too long, but still detailed enough

Name:
Title/Alias: (if applicable)
Appearance: (you can write a description, put a picture, or both!)
Outfits:
General Personality:
Background: (if you have any other ideas to add onto the existing plot backstory, go for it!!! :D)
Strengths:
Weaknesses:
Powers and abilities:
Weapons:
Companions: (if applicable)
Quotes: (this could be, like, quotes that describes them, somethings they say often, etc;)
Theme song: (For fun! ;)
Other:

Name: Adelia (Adele-ea)
Title: High Queen Consort of the Sunshire Lightlands
Appearance: Faceclaim is Jessica Chastain (Sorry the pics are so big. Idk why, and I currently do not have the energy to fix it. 😂) 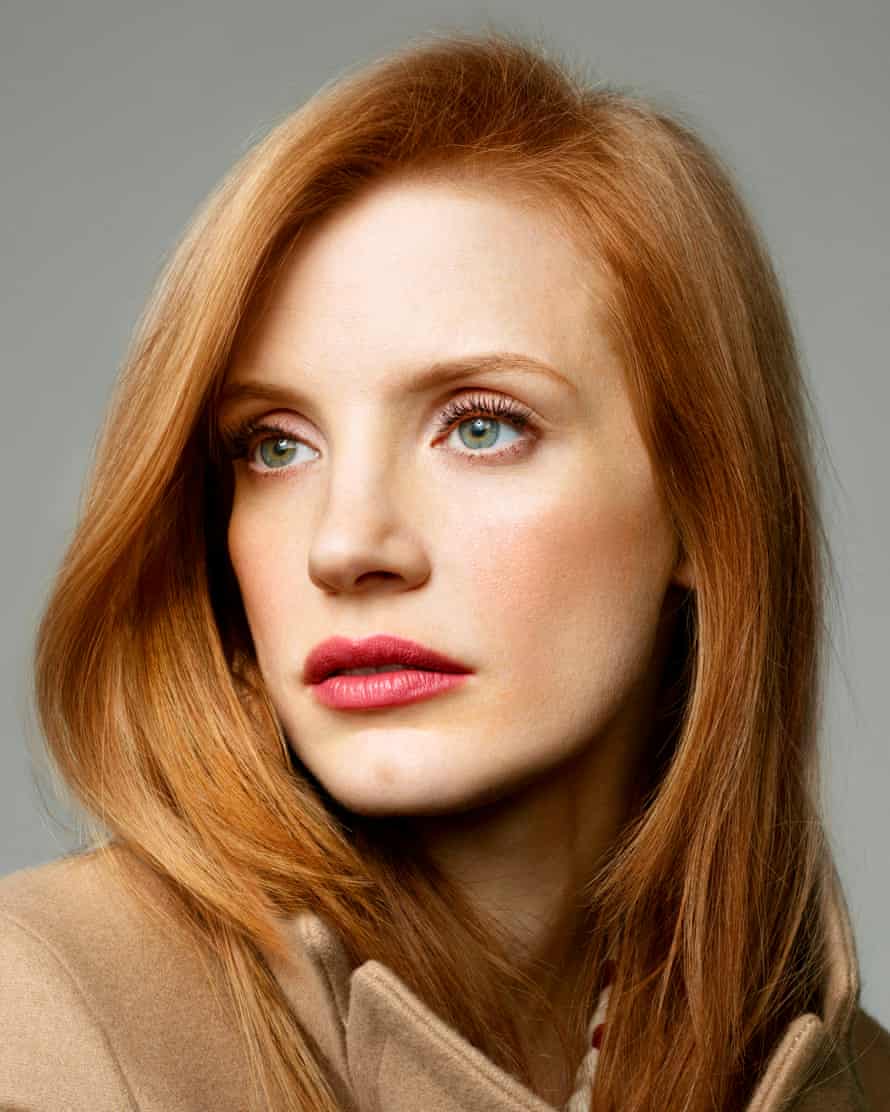 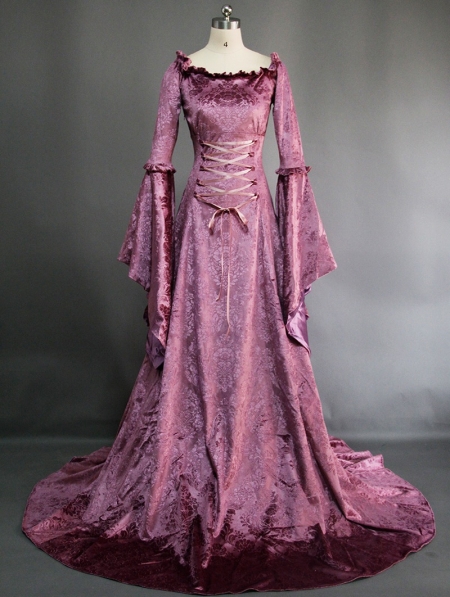 General Personality: She's a sweet sweet cinnamon roll!!! ✿(๑^‿^๑)✿ Tries to do what is best for everyone (her parents, her servants in the castle, her people throughout the Sunshine lands). She genuinely cares for her subjects, and her reign over the Sunshire lands has been nothing but fruitful and peaceful.
Strengths: Light, her companion, her parents, hope
Weaknesses: Darkness, her "misplaced" hope in her sisters' change (think Star Wars Luke/Vader), lingering fear/trauma
Powers and abilities: Light manipulation, speaking to animals, healing/aiding in emotions, and nature/the elements (to an extent)
Weapons: She was trained to fight with a sword and also took archery lessons, but Adelia refuses resort to weapons in an actual fight unless it is absolutely one-hundred-and-ten-thousand-percent necessary for her survival/the survival of innocent people
Companion: You'll meet her later… 😉🤔
Quote: "The light sings a sweetness into the day that the bitterness of the dark could never drive out."
Theme song: Lady Stardust by Lisa Miskovsky

(I'm going to post my thing in the morning, but I'm totally imaging my girl, who I'm naming Zelda, to have a shadow minion who she 100% made. If they do end up existing, I will play them. Also, would that count as a companion if they're pretty much like a human? I would do a character sheet for them too, since they are a being of their own.)