(This is a reboot of a thread made by another person. Unfortunately, it died, so I'm rebooting it! Like I said… Note: I did not make the backstories or race backstories. Or magic. Or rules. I'm essentially just reposting this amazing idea.)

(The storyline is slightly borrowed from a book called Out Of Space…)
So I thought of an idea which had magic and sci-fi mixed into one.
There will be days in the RP and in each day you will experience new challenges and technology ideas to use against monsters, elves and the rest.
You will start off as being a marine in The Unity Space Marines and will be attacked by something similar to the flood… Being attacked, you will be forced to warp in unknown space with random coordinates. Soon you will be stranded on a planet where magic is real.
Or, you can be a character from the planet and play against the new citizens or join them…
Play as an Orc warlord or the evil Empire of Darkness, even the Azure Rose Elves.
(Princess not available but the prince is…)
Your choice….
Normal marine ranks apply but no generals and that since its only one ship.
Combine magic with technology and create new "Inventions" (Basically copyrighted stuff…) and help create the kingdom of humans or as the natives say, Hoomans or try
destroying it.
Races:

Humans.
In the year 2190, The multitude of countries and nations signed an agreement to unite all countries into one.
Ten years after that, many problems the world was faced against disappeared in front of the united front. Ceasing world hunger, war and other problems. This was the Golden age for humanity as a few years later, the first warp drive ships were created and exploration droids were made to find the secrets of the universe. This seemed to be a great period of peace until one hundred years later, they met an almost unbeatable foe, The Swarm.
Huge biological ships that consumed other ships and releases swarm spores. Those spores seeds, each contained over a dozen of warrior drones in stasis, protected in a jelly-like sac which acts as shock and temperature absorbents, allowing the drones to survive re-entry into a planet or even slamming against a planet surface or ship adding the human ships into their armada. The ship looked like a giant space squid with 2 trailing tentacles like limbs which acts to grapple objects. It had a mouth cavity under the ventral front that when opened, stretched as long as seven meters, allowing it to swallow small asteroids or even ships whole, crashing them into chunks before its stomach processes them into resources to be used as fuel or organic materials. Not only that, Swarm ships are known to eat and feed on their own wounded kind to sustain and repair themselves. Making it harder to stop them.
After a long-fought war, with many lives lost, the humans established a fortified territory in which they grew.
You will be in the USM ship, Singapore, Your first time in space as Marines. 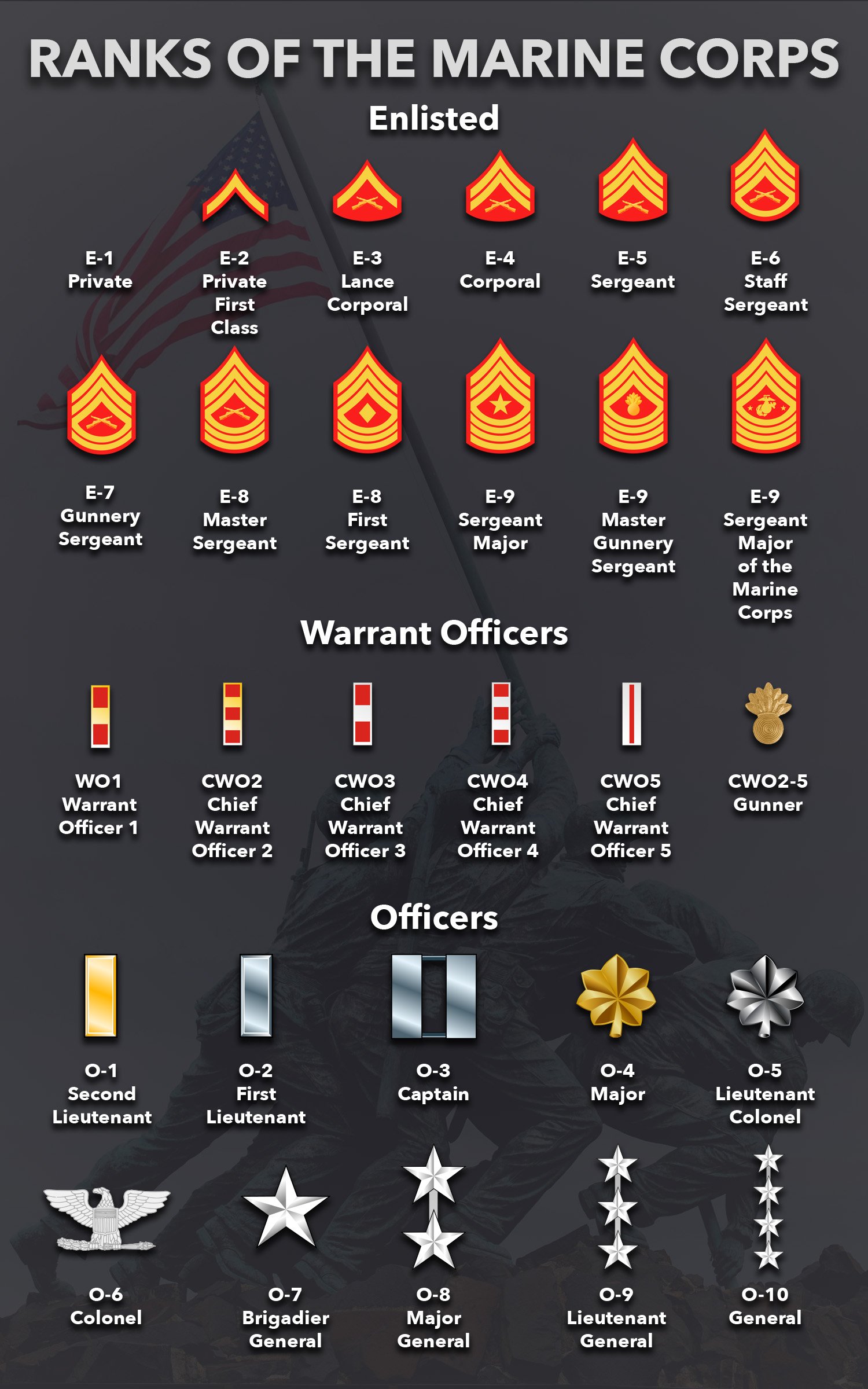 Native, Orcs.
The Orcs have populated the vast grasslands behind the Mountains, creating an amount of bloodshed lust and slavery in their cities.
Greedy for money, Orcs will only bow down to strength, or the monies…
It is unknown when they first appeared, Creating cities, and mercenaries.
Their main capital, Sin City, is home to treacherous folk, a place where the law is nothing but a joke and death in every corner. In the day, slaves show themselves in massive quantities as their sales are high.
Of course, some Orcs hate that but those that do can only be culled if caught found doing such treason or if trying to leave/release slaves. Many have tried to get past the mountains, but few survive.

Natives- Azure Rose Elves.
Once a beautiful kingdom, the elves had written a name for themselves just by how their exquisite architecture covered their kingdom. Until the empire came…
They fought and fought, casualties passing into the millions as they were put into slavery or death. Now today, few of them live free and most of them are in the fleeing royal army.
Filled with civilians and soldiers, each passing day is total despair as they are hunted. Until they meet the USM, who easily tear down the enemy forces with their "Tier 5 Fire Stick Spells."
The former Elf kingdom was home to beauty and kindness built in the massive forests, they were protected by the trees but also had to fight against the monsters that roamed it as well.
The elves were the first race in Arzodium to document history, in approximately 5000 CD. (Communication Destruction, is a form of date which was made to remind the stuck people of their origins on the other side of the mountains.)

Native-The Darkness Empire
It is unknown when this terrifying nation came to be but they did and in a powerful swipe. Taking the land easily, they ruled with a Iron Fist and Torture was their middle name with many innocent people left for dead. They made sure to put their citizens to be in fear whenever uttering those cold blooded ruthless filled words. Even when corruption took root, this fear still remained and it became worse and worse as they fell into a home of death.
When Singapore crashed, These people came to the crash site in fear of what had landed and tried killing them. This sparked a war which the Marines who won the battle anxious and angry. Forming a cracked rift between the two nations

Magic:
The Five Elements are Fire, Earth, Water, Air and Spirit
The uncommon Magic so Electric, Ice, Necromancy, Light, Dark
Rare Magic: Technology(Marines only), Metal, Life, Death, Gravity.
Epic Magic: Acid,Fusion(The ability to fuse to elements into one, remember, once your elements are chosen you can no longer pick anymore.),Rage(Power of rage to enhance the body)
Legendary: Space, Shockwaves, CopyCat(Allows someone to use the power of another but for only a temporary amount of time and you can only keep one at a time.)
You can choose a lot more but these are the ones that are already in the RP.

Choose up to five characters to roleplay:
Marines:
Name:
Sexuality
Appearance:
Rank (Only up to Commander.):
Job/Specialities:
Personality:
Clothes:
Degree:
Background:
Hobbies:
Weapons (Tech ones at the beginning and be realistic NO LASER SWORDS):
(Future)Magic (f You want.):
Other:

Rank (Only up to Commander.): Captain
Job/Specialities: The moral compass. Great at pumping up people with speeches, and also a good shot, bow, gun or anything else. His greatest skill is how he stays calm (with a few exceptions), and can adapt to anything.
Personality: A kind and infinitely patient man. He will save anyone, and shows mercy to his enemies no matter what. His belief is that if he doesn't show mercy to his enemies, or save everyone he has failed in some way. He's great with kids and has an endless amount of stories.
Clothes: Glasses, Leather Jacket, Black Tee, Dark Blue Jeans.
Degree: Strategic Intelligence
Background: As a child he was constantly helping anyone he could, or hunting with his father for their company. Often, he wouldn't accept help and do things himself. When he got old enough, he enlisted into the army and was assigned as a front line soldier. People would often recall battles that Lance fought in, when he went into a trance and was seemingly unkillable. He would take gunshots for other soldiers, even jumped onto a grenade to save his friends. He was awarded a medal of honor for these feats before boarding the ship that would be attacked by The Swarm and warp to this unfamiliar planet.
Hobbies: Making new guns, training, reading, hunting, meeting new people on the world they landed on.
Weapons (Tech ones at the beginning and be realistic NO LASER SWORDS): His trusty Skorpion, a M-107 sniper rifle, and an AR-15.
(Future)Magic (f You want.): Shockwaves
Other: N|A