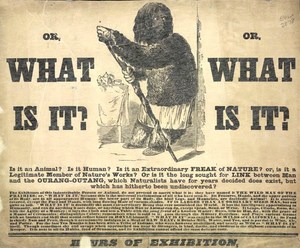 language Freaks of a feather

Hey! This is a universe I'm very excited about, but I haven't worked on it that much. Any critiques? I'm open for them!!

@Stroylia-Knight alright! I will and I'll make sure to message you if I need anything!

@Pizzazz11 Well that sounds fun and keep up the work. If you need anything from me, Knight. Then you can ask me.

@CCToma Thank you! And I'm not sure yet, but I know it's gonna have to be a good amount since it's a whole entire freakshow, and there are characters they meet that are outside of the freakshow yet are important to the story. But I'm certainly excited to come up with these characters!

@Pizzazz11 Ok, I know you didn't mean to tell me but I love those ideas for the character. Simple but very complex at the same time. and how many characters do you think you are going to have?

@CCToma you mean for like, character concepts? If that's what you mean then I have roughly..4 or 5 characters I'm working on so far, but I certainly need and want to make more. The first one would be the main character, Emmet, who runs away into the woods and gets found by the freakshow leader. The second one is like, a ghost-like character. They're manipulative but yet very sweet when they want to be. They're the main attraction. The third is a demon/succubus character who is actually asexual but is exploited for their appearence. The fourth is kindof a gentle giant character, a being which is completely black and doesn't talk yet seems very protective towards character 2. And the last would be the freakshow leader themselves, though I haven't thought of too much for them yet.

i am very excited to see what you do with this universe. What do you have in mind for characters?

First, Freakshow by skillet is good and no its looks good