Role - What is Mei Ishikawa’s role in your story?

Mei (メイ 石川) is a human entertainer from the 14th ward. When she isn't singing, she collects bodies of suicide victims or unclaimed deceased bodies from hospitals and brings them to various ghoul friendly locations, including Anteiku. One of the places she sings at is Helter Skelter.

Other names - What other aliases does Mei Ishikawa go by?

Gender - What is Mei Ishikawa’s gender?

Hair Style - How does Mei Ishikawa style their hair?

Race - What is Mei Ishikawa’s race?

Identifying Marks - What identifying marks does Mei Ishikawa have?

She has deep long scars on her stomach and lower chest from being attacked by an anti-ghoul advocate.

Background - What is Mei Ishikawa’s background?

Mei grew up living with her mother and father. They raised her to believe that ghoul's are the same as humans, only with the unfortunate inconvenience of being unable to eat human food. Mei grew up being wary of ghouls, but not necessarily being afraid of them. She would sometimes suspect those around her being ghouls, but never asked; having been taught that doing so could get you hurt or killed. When Mei was old enough to make decisions about what happened after she died, she wrote in her will that she wanted her body to be donated to a ghoul community.

Despite being old enough to live on her own and care for herself, Mei stayed with her parents for a period of time. Though one day, she and her parents were attacked by a man. The reasons were unknown, but the man ended up killing Mei's parents and leaving her badly injured. They were found by her neighbors, who Mei suspected to be ghouls. After her recovery and she received the bodies of her parents, she left the corpses on her neighbors' doorstep in large duffel bags with a note that read, "If you don't want them, give them to ghouls that do." The next day, the bags returned to her doorstep with a note that had one message; "Thank you".

It wasn't long after that Mei decided that she would continue this action with other dead bodies throughout Tokyo. Feeling that burying bodies was the same as littering, and burning bodies was a waste, she figured that if the body is already dead, it might as well be put to good use. And that use would be feeding those who cannot or would not hunt. To avoid getting in trouble with the CCG, Mei bought a mask from HySy ArtMask Studio, where she met Uta. 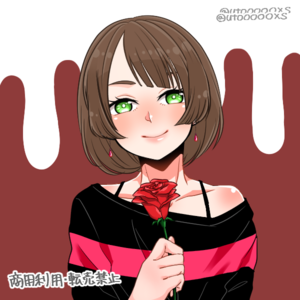 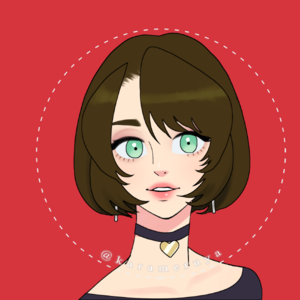 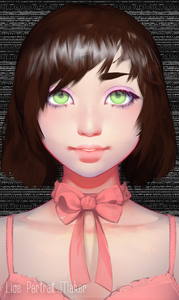