I'm developing a world that takes place in a futuristic cyberpunk world and trying to think of a few Companies that would consist of an Oligarchy. I already have an Idea of what they would all specialize in terms of items But I'm having difficulty in finding a way to organize my thoughts. Would anyone have any ideas?

You can always use real life. Look at real companies with monopolies, like Nestle, Coca-Cola, Carnegie Steel, Unilever, etc. Organize people according to a pyramid scheme.

The united states is a pretty good reference point for this. There are some cool infographics that use webs to show just how far-reaching some of the companies Hummingbird mentioned. 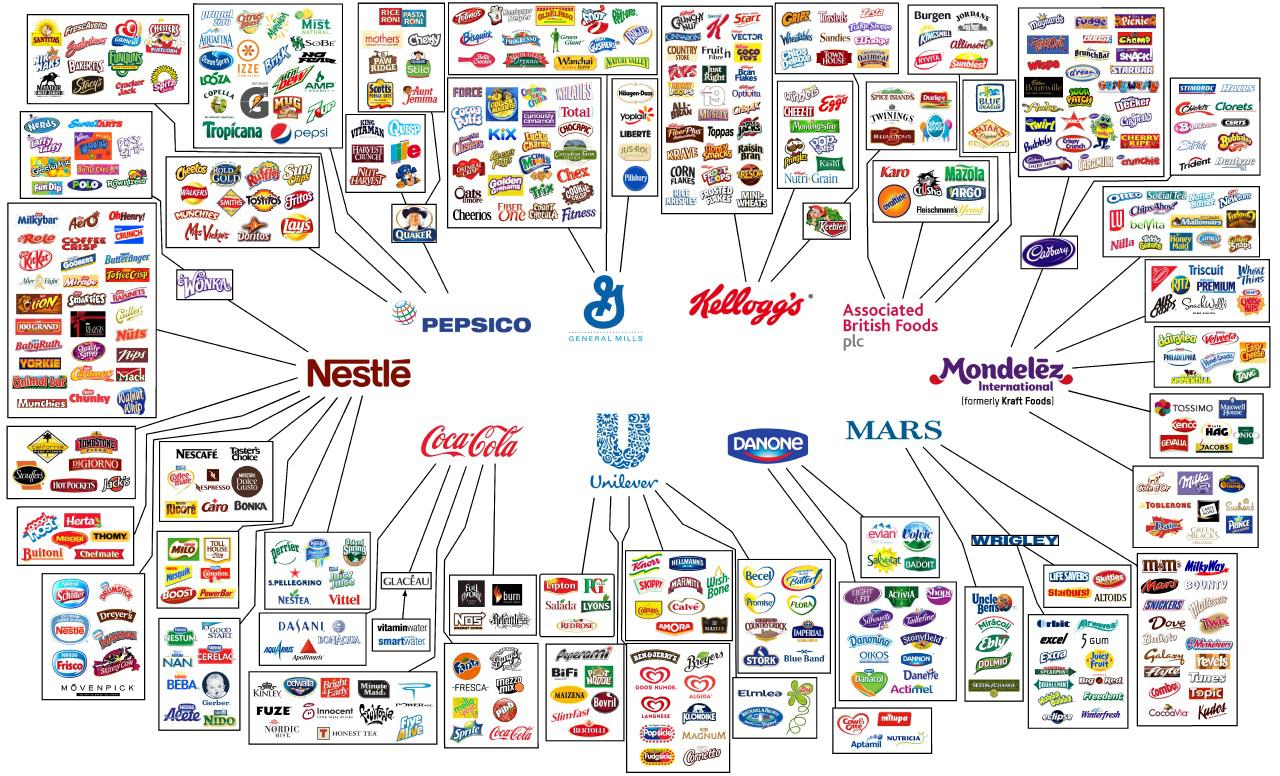